How to Stop Your Drunk From Chasing Cars 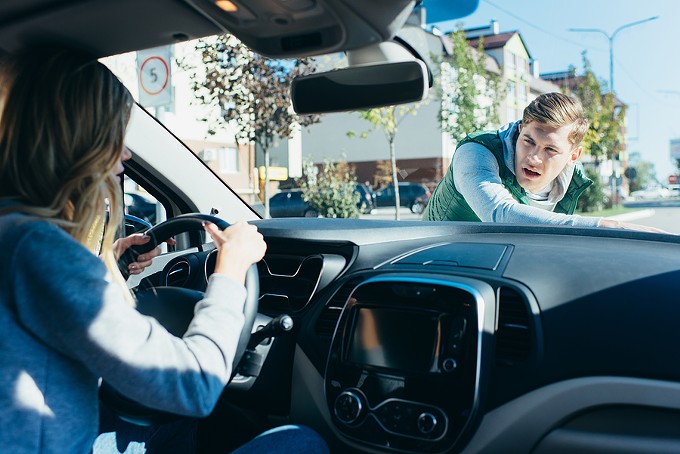 Bigstock
How to Stop Your Drunk From Chasing Cars

A young man was so aggressively intoxicated he started not only fighting people but also "charging" and attacking running cars, according to a Marana Police Department report.

An MPD officer responded to the man's address, where neighbors had first reported he'd been outside "blocking the roadway and charging at vehicles as they passed by"; an update said the subject was now actually "hitting cars and neighbors."

Upon arrival the officer saw that another cop already on scene had detained the young man, who was on the ground in handcuffs, kicking and yelling, threatening to fight his father and all the neighbors now standing around watching. The reporting officer placed a pillow on the ground beneath his head and put his legs in a nylon restraint, adding a spit guard over his head when he started spitting at medics (who soon refused to treat him). He was "sweating profusely and breathing heavily ... having an episode of excited delirium."

The subject's father said that day he'd come home expecting to watch the World Series with his son, who was actually outside, where he heard a commotion—someone yelling and "a car revving its engine (and) screeching its tires." Exiting his house the father saw a car zooming by and his son in the middle of the street screaming, looking like he was trying to fight with the neighbors. When one neighbor tried to hold him down, the father said, he broke away, yelling, "They're after me, they're after me!"

One of the neighbors told the officer he'd been trying to leave the area when he saw the subject "charge" the car in front of him, angry with the people inside it; when that car left, the subject then came after this neighbor, yelling "You want some, bitch?!"

Although this neighbor told him he didn't know the people in the other car, the subject allegedly ran over and punched him anyway—possibly through his car's window—and then punched the hood of his car.

Another person said the subject had also "charged" his vehicle, ramming it with his body so hard he left a visible dent in the side, which the officer photographed.

Finally the officer muscled the subject into his patrol vehicle, where the man continued screaming and striking the car's door throughout the drive to jail. Upon arrival at the Pima County Detention Center, the officer opened his car door to hear the man, who'd urinated and defecated on himself, "state he was sorry."

Yet he still wasn't yet exhausted: while the officer was filling out paperwork, jail staff told him, the drunk arrestee kept up his violent, combative behavior with corrections officers even while he "continued defecating on himself while being processed."

The officer decontaminated his vehicle and delivered the subject's personal property back to his father. The man whose car had been dented didn't wish to press charges.