Brand-Loyal to a Fault 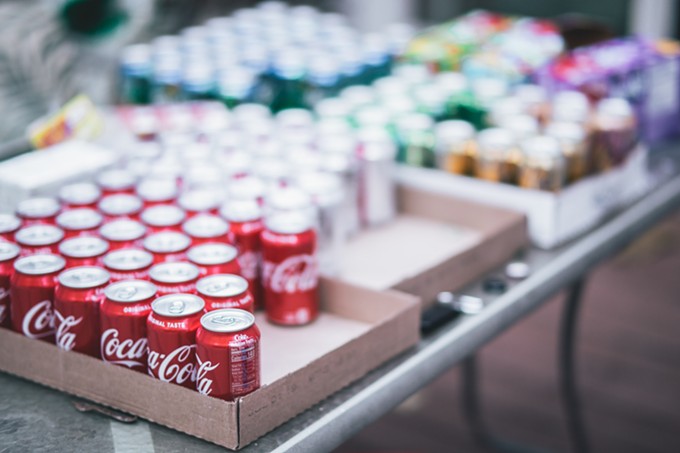 Photo by Craig Adderley from Pexels
Brand-Loyal to a Fault

When a Walmart employee got in his way of stealing an almost unbelievable amount of Coca-Cola soda pop, a man was willing to defend his brand-name booty with a weapon (well, kind of), stated an Oro Valley Police Department report.

An officer responded to a northside Walmart, whose manager told him he'd noticed suspicious a man in the liquor section, loading his cart not with booze but with case after case of Coca-Cola and Sprite. He proceeded to the self-checkout line, where (without buying anything) he told a Walmart employee he'd already paid for the Coke but still needed to pay for the Sprite. The manager stepped in to say he knew the subject hadn't paid for anything, at which point the man simply walked away, pushing his cart full of soda toward a truck—and when the manager tried to stop the man, Soda Man wordlessly whipped out what appeared to be a knife, causing manager to back away.

Taking the manager with him in his patrol vehicle, the officer identified the subject's truck on the road nearby. Backup officers pulled him over and found his truck full of an astounding 27 12-packs of Sprite and nearly twice as much Coca-Cola valuing hundreds of dollars. It was unclear in the report whether the man had possibly made two different trips it, but it was all recorded as shoplifted merchandise.

The man didn't have a knife, the cops discovered—actually, the closest thing to a blade on his person was a (very) large silver-colored key, which he'd apparently "pulled" on the manager.

The pop-pilferer was cited and released for attempted shoplifting.

Two separate descriptions came in about some University of Arizona sorority hazing rituals that, if true, are disgustingly opposite of amusing, according to a UA Police Department report.

One student's mother told an officer that her daughter had heard of a plan by the Alpha Phi sorority house to haze new recruits by locking them in a basement and then forcing them to "snort cocaine, strip naked, sit on a washing machine, and allow male fraternity members to draw on them with a Sharpie marker circling flaws."

When the officer relayed all this to the dean's office, an employee there said she'd received a similar statement from someone else. Nothing had been proven at the time of the report.