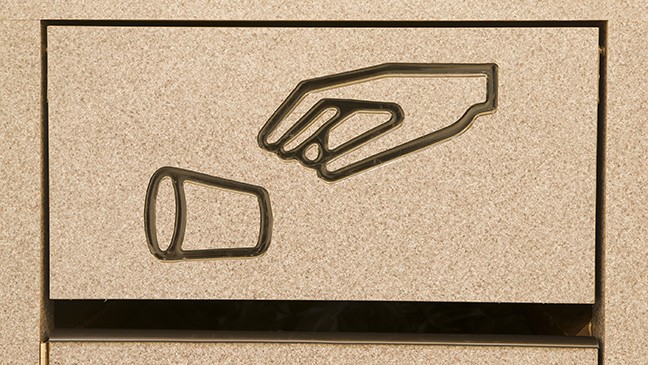 A man who tried to trash a meth pipe claimed he'd just found it in the trash, according to a Pima County Sheriff's Department report.

A sheriff's deputy went to the café area of the Barnes & Noble store in the Foothills Mall, 7325 N. La Cholla Blvd., where an employee told him she'd noticed a six-foot man "with a thin build and a bald head" spending a weirdly long time—at least five minutes—next to the trash can before sitting a table where he "dumped ... a white powdery substance onto his left hand and then snorted that substance."

She said when she went to empty the trash can soon after that, sitting at the top she saw what appeared to be a methamphetamine pipe full of burnt drug residue, taped to a partially melted hollowed-out pen. The bald man then caused some type of disruption in the store, resulting in a call to mall security (and then the cops).

Transferred from security guards to the deputy's custody, the subject gave "a long rambling statement" about having accidentally picked it up while dumpster diving that day outside the mall. He said "he knew it was a pipe, but he did not use it and came to Barnes & Noble in order to clean out a wound on his wrist and thought that would be an appropriate place to throw away the pipe."

He said he'd found the pipe inside a bag, which he hadn't thrown away—and inside of which the deputy found multiple "personal items" obviously belonging to the subject, including a medication bottle labeled with his name.

On the man's person the deputy found some folded-up straws and another broken pen coated with possible drug residue, all of which looked suspicious, but none of which the deputy ultimately decided were drug paraphernalia (especially since the pen still contained an ink cylinder). Still, the circumstances were such that the man received a citation for possession of the (probable) meth pipe. Told he was banned from all Foothills Mall property, he agreed not to come back and announced he was now going to a nearby Walmart instead.