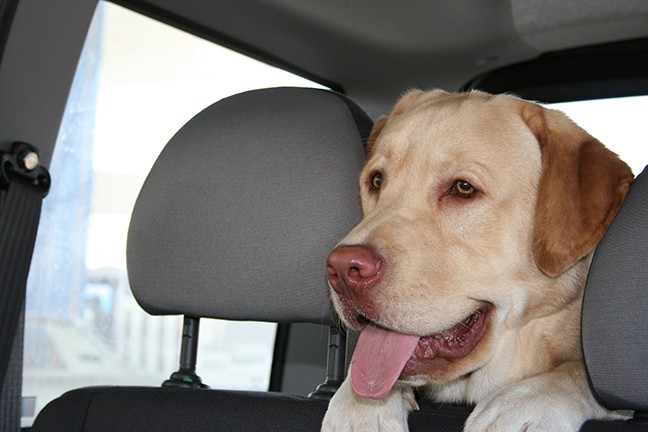 A cohabiting couple were arrested for fighting like cats and dogs while living in a car—which they (somehow) also shared with two dogs and a cat, according to an Oro Valley Police Department report.

Officers responded to North Oracle Road, where a bystander had reported a male and female inside a parked car "punching each other" (though he later admitted he hadn't actually witnessed any physical violence).

Though the boyfriend's story didn't quite match the girlfriend's, it was determined they'd definitely had an argument over money. The man said he'd sent some money to someone through Venmo and was trying to get it back using his girlfriend's phone—and she hadn't liked that, allegedly inflicting minor scratches on his back.

During the investigation, officers discovered the female had been living in the boyfriend's car with him for quite some time, along with his two (not small) dogs ... and her own pet cat.

Both subjects were booked into jail on domestic violence charges, their car was towed and their animals were taken to a shelter. The report didn't mention whether they'd be eligible to retrieve their pets after release under any circumstances (say, if the man had been able to get back his Venmo'ed money and put it toward rent).