The Sweet Smell of Ignominy 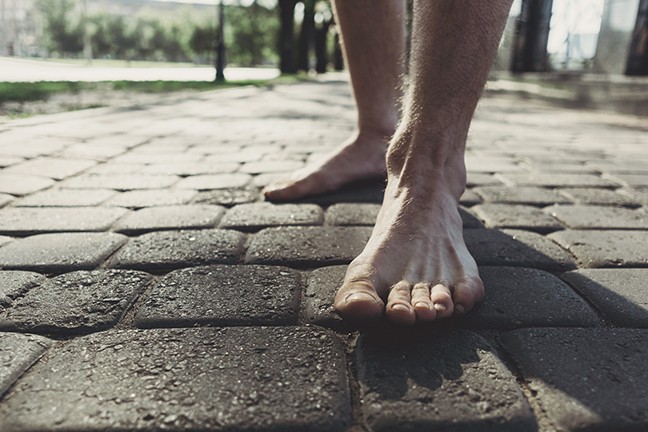 A cold-tolerant man nabbed for drunk driving—as confused as he was intoxicated—couldn't stop making an odd (but not uncomplimentary) comment on his arresting officer's scent, according to an Oro Valley Police Department report.

The reporting officer responded to a busy northside intersection as backup for another who'd pulled the man over, apparently for speeding. Asked to exit his vehicle, the unstable, obviously inebriated subject almost fell to the ground. Then, perhaps eager to be cooperative, he immediately removed the sandals he was wearing, leaving him barefoot on the freezing-cold sidewalk—it being the middle of a December night—despite assurances that wasn't necessary.

Before, during and after performing preliminary field-sobriety tests, the man kept repeating, in slurred speech, that he'd been speeding because of his hurry to get his husband to the hospital for a broken arm. Asked from whence he'd been driving, however, he said he'd just left his husband at the hospital. When one officer tried to clarify whether he'd been going to the hospital or returning from it, the man simply started to cry.

He couldn't complete the field-sobriety tests because he kept falling down.

The officers handcuffed the man—who reeked of alcohol and hadn't made any effort to hide numerous empty alcohol containers inside his car—and took him to a station for a blood draw. During the draw, he kept alternating between crying and laughter. Said the arresting cop: "He spent most of the time mentioning how I smelled like cake. ... He brought up this observation no less than four times, sometimes after the topic of conversation had changed to something else."

As the subject was being driven to jail, from the back of the patrol car he asked the driver at least seven times whether his husband had been taken to the hospital yet.