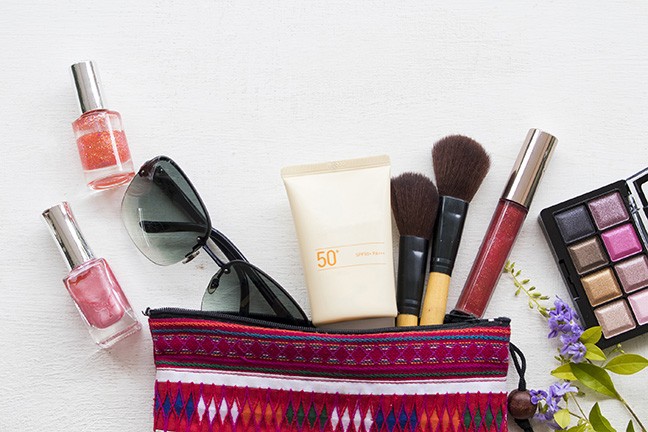 A woman with a vast collection of expensive makeup and sunglasses had some of this stuff stolen from her dirty, old, keyless, jerry-rigged car—possibly by her ex-boyfriend's new boo, according to a Pima County Sheriff's Department report.

Meeting the woman at her home, a sheriff's deputy saw an old white Mitsubishi Galant parked outside. Its front doors were open and "there was a large amount of makeup items on the ground and on the roof of the vehicle, along with ... quite a bit of personal items strewn about inside the vehicle itself."

The woman said the car had been parked in her driveway that day, and when she'd arrived home that night (apparently dropped off), she'd found it like that—with the radio turned all the way up and her stuff everywhere.

She said she'd left it unlocked, as usual, since her ex-boyfriend earlier thrown the car key on the roof of a Circle K.

As the officer noted repeatedly, the car was filthy, looking abandoned. But the woman insisted she still drove it; some helpful person had rigged the ignition so she simply needed a screwdriver to do turn it on and off.

Although there were mountains of makeup still inside the car, the reportee swore some of it was missing—between $200 and $300 worth. And while there were numerous pairs of sunglasses in the car, she said yet another pair—some Kate Spade shades worth $250—were also missing.

A neighbor said earlier that night he'd noticed a strange car pulling up and driving away right after he started hearing music blasting from her driveway.

The victim said her ex and his current partner were "being mean to her and tormenting her," so she believed they'd broken into her car; likely the new girlfriend was even now wearing her makeup and sunglasses.

Unfortunately, the deputy could only photograph the scene and provide a victim's-rights pamphlet. At least the car wasn't (any more) damaged (than before).