Well, He Was Bugging Her 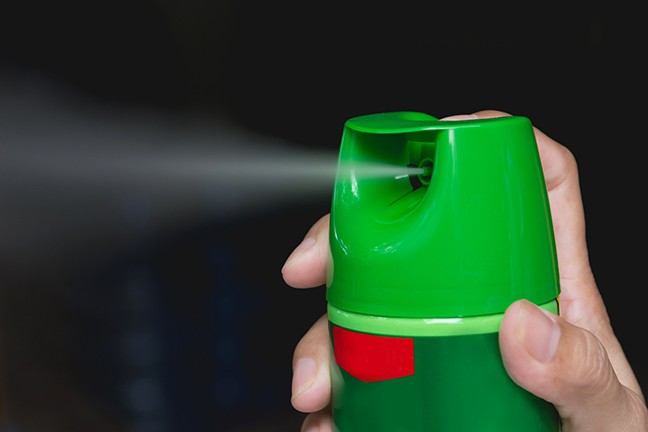 A mother used bug spray as a self-defense weapon during a domestic dispute that got out of hand, according to a Pima County Sheriff's Department report.

Sheriff's deputies responded to a northside residence where the mother lived with her husband, their teenage son and her own mother; the mother and son had apparently gotten into a minor physical scuffle. The mother told deputies it all started when her son began yelling at his grandmother about his bicycle having been left outside in the rain, and when the mother intervened, the son was "very disrespectful" toward her. (The grandmother corroborated this, saying her grandson had called her "vulgar names which she did not want to repeat.")

Instead of listening to her commands to calm down, the mother said, her son ended up pushing her off the couch, so she got up to try and make him leave the house. At one point, she said, she did "grab a can of bug spray that was nearby and ... spray(ed it) in his direction"—but not at his face—as a deterrent because he was acting threatening toward her.

The son complained that the bug spray had bothered his eyes, but a medical check showed him to be fine.

He was cooperative with deputies who took him in for counseling.