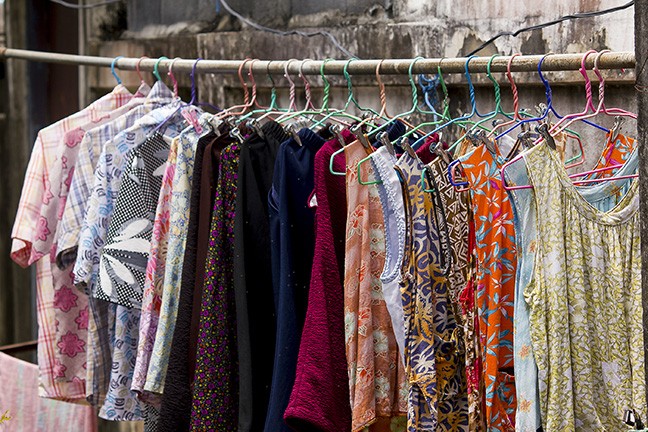 An upset, confused-seeming woman experienced a break-in during which nothing was stolen, but someone had carried much of her (large) wardrobe outside, where rain ruined it, a Pima County Sheriff's Department report said.

Getting to the actual incident, she said two days ago someone had broken a window to invade her trailer. Although the perpetrator didn't actually steal anything, she said, they'd moved her clothes from inside to outside.

The deputies saw the clothes still in the dirt, soiled after a rainstorm the previous day; in fact they were "partially embedded into the ground, as if they may have sat there in a pool of water before it all dried up."

When one deputy asked the victim why she hadn't retrieved them immediately—or at least before the rain—she ignored him and kept changing the subject, saying people didn't believe her about the break-in because they "thought she was crazy ... (and an) alcoholic, but then she stated she drank vodka."

Although she'd loudly lamented being too poor to buy clothes, she appeared to have a lot—when deputies were at her door, they could see that inside her home was plenty more clothing "piled up three feet tall all around" the trailer's walls. This clearly wasn't related to the home invasion but simply the way she kept house, since among the piles were also old furniture pieces, broken appliances and other items. One deputy said the place had "the appearance of a hoarder house."

Deputies gave her a victim's-rights packet while "let(ting) her vent" (first saying she hated "Mexicans"—while identifying herself as Mexican, Yaqui and African—then again complaining about the PCSD, declaring the deputies "didn't care for her situation."

As they were finally able to extricate themselves from her ranting, however, and were leaving, she said "God blessed (them) and called after them, "Be safe out there!"