Keep Calm and Carry on Past the Security Guards 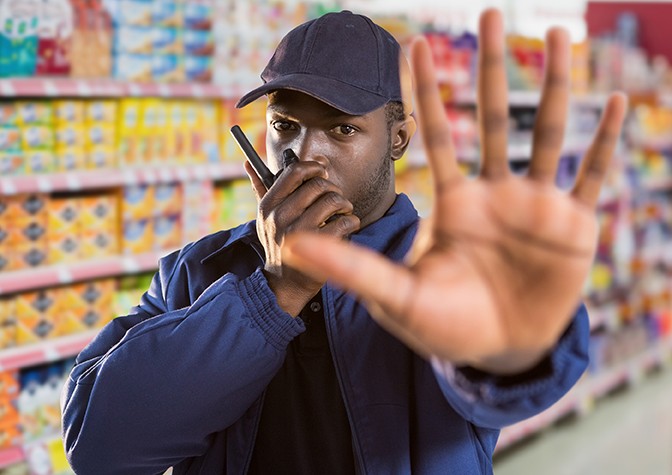 In a kind of modern David-versus-Goliath tale, a small young woman thrust herself past a couple of large guards to successfully shoplift one tiny item from a Foothills-area big-box store, according to a Pima County Sheriff's Department report.

A sheriff's deputy spoke with a north-side Walmart's loss-prevention officer, who said the rather clever—and literally pushy—female subject had recently entered the store, grabbed a shopping basket, and proceeded to walk around the store, placing items in her basket like any normal shopper.

Then, the guard said, he saw her head for the cleaning-supply section and take a package of Tide Pods from a shelf—but this time, instead of placing it in her basket, she subtly dropped it in her purse. She next walked over to the dog-food aisle, where she very briefly met an older Hispanic male whom the security guard hadn't seen before. She was with this man only long enough to pass him her basket full of purchases, he said, before the two people parted ways.

According to the guard—and security-camera footage, which had caught the female subject's whole shopping (and shoplifting) experience on tape—the man took the basket and waited in line at the register, while the female headed straight for the exit with the Tide Pods still in her purse.

Security was ready for her, blocking the way to the store's doors, said the reporting guard, who was in fact standing directly in front of her as she tried to leave, identifying himself and attempting to stop her from moving any further. But, he said, she continued to walk "more or less through him."

Trying to clarify how she did something that he himself seemed not quite to understand, he further explained that "she used her body to push him away and walked out the door." "That was when he picked up the phone" and called the Sheriff's Department, he said.

At the time of the report, neither the 20-something woman nor the older male had been apprehended.