It's Funny Because It's True 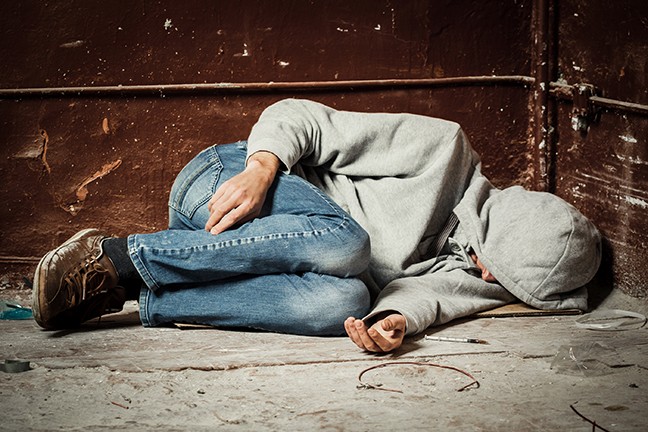 The liquid in those syringes? It's nothing man, just junk.

A man caught with what appeared to be heroin tried to dismiss the substance as nothing of importance ... accidentally using one of the most common slang terms for the drug, said a University of Arizona Police Department report.

A UA officer responded to a campus courtyard to deal with a man—apparently a non-student—who'd been lying on the ground for quite awhile. The man was in such a heavy slumber that he didn't wake up after having a flashlight shined into his face for several seconds. He finally stirred after the officer nudged him and shouted in his ear.

He was still "talking low and muttering," with dilated pupils and track marks on his legs. When the officer requested ID, the man dug in his pockets and pulled out numerous items that he scattered on the ground—among them an orange-capped syringe "of the type commonly used to inject narcotics," containing a clear liquid.

Asked about the syringes, the man admitted they were his but said the clear liquid was "nothing, just junk."

He was taken to jail, where he was booked on three outstanding warrants and for possession of drug paraphernalia—though a drug-possession charge was probably to come once the clear liquid was tested and proven to truly be "junk."