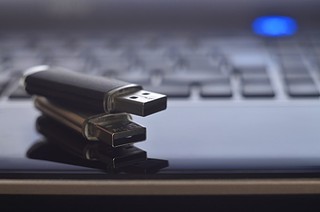 Hmmm..just what was on those USB sticks? 🤔

The woman told a sheriff's deputy that last night, her burglar alarm was activated; although she found no intruder, she locked herself in a closet to sleep (just in case).

This morning, she said, she'd found nothing missing from her property except four "USB type memory storage devices" (whose contents she wouldn't disclose) and two silver-colored cordless phones.

She said "she thought her 87-year-old ex-husband ... may have sneaked (in)" and taken them. She said he was "very manipulative and capable of doing such a thing," declaring she thought he'd also stolen the keys to her Corvette (which was in the shop).

The deputy said to contact him if any clues surfaced or she found the missing items.