You Shouldn't Be So Lucky 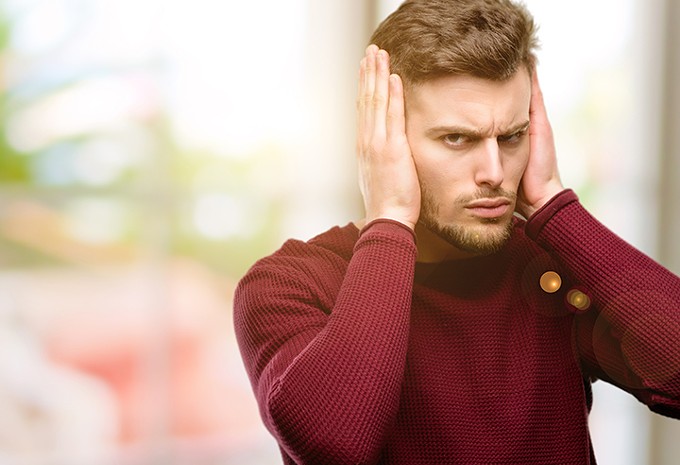 Your music is too loud, I'm trying to study, wearing my long-sleeve-in-the-desert red shirt!

Nobody was arrested after a University of Arizona cop had to deal with both a loud frat-house party and a frat boy who'd inexplicably clambered on top of his cruiser—with him in it—according to a UA Police Department report.

The officer was first responding to the Alpha Epsilon Pi fraternity house, 1510 N. Vine Ave., after a student next door called law enforcement declaring he was trying to study and was "pissed that the fraternity keeps blasting music every Saturday and nothing appears to be happening (to fix the situation) ... and he wants someone arrested."

The officer met with the frat's president, who took personal responsibility for control of the music, turned it of and agreed to be arrested for disorderly conduct if there was another noise complaint. The officer got into his patrol vehicle to leave.

Just then he felt the car jostling violently and saw in his rearview mirror that a young man in "floral-patterned board shorts" had actually mounted the bicycle rack attached to his trunk and was crawling onto the car's roof.

Once the officer exited the vehicle, the car-climber had already scrambled down; he sat on the curb upon command, stuttering that he "thought it would be funny to jump on the car" and was unaware there was anyone inside. Identifying himself as an Alpha Epsilon Pi member, he said he was just trying to get to the frat house.

When the officer "inquired if he thought climbing onto the vehicle was an effective route" to the house, the student said no, admitting he'd been "stupid."

Since there was no vehicle damage, the officer made a report to the dean but didn't arrest the floral-shorts-clad frat brother. The frat president also avoided arrest, with no other noise complaints being made that day.