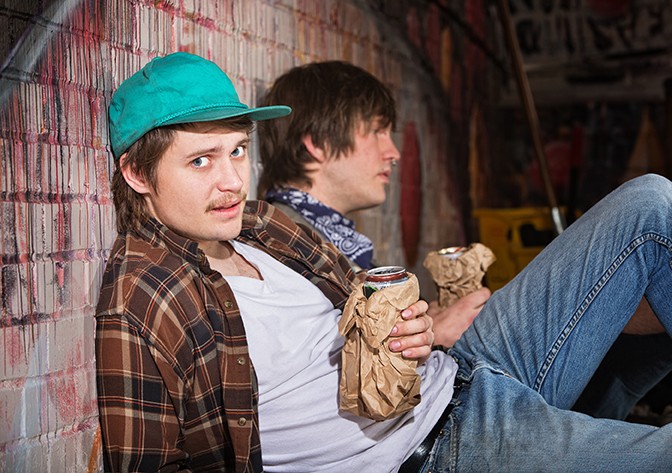 In a remarkably audacious convenience-store shoplifting incident, a man just kept topping himself in rude and unlawful behavior, according to a Pima County Sheriff's Department report.

Two sheriff's deputies responded to the scene, a north-side Circle K, whose lead cashier said the subject had been at the store earlier that day yelling at her boss, "Give me a fucking cigarette!" and verbally abusing a customer when she ignored him.

The reportee said a little later, during her own shift, he returned to the store showing neither remorse nor fear. She said he walked straight to the liquor section to grab a six-pack of Natural Light beer, proceeded to thrust himself behind her counter to snatch a pack of Newports, then immediately left the store with both, paying for neither—while pushing a customer aside with both hands upon exit, shouting, "Get out of my way!"

Instead of then fleeing, the cashier told the deputy, the shoplifter stopped right outside the store to light one of his pilfered cigarettes and crack a beer he'd likewise just stolen, sipping it nonchalantly in full public view while he "stared at her."

The other deputy had been right outside with the subject, who hadn't bothered to leave even when he saw their patrol car. The man freely admitted to all his recent crimes and told both officers to take him to jail. They did.