He Wanted to “Lighten Up” His Load 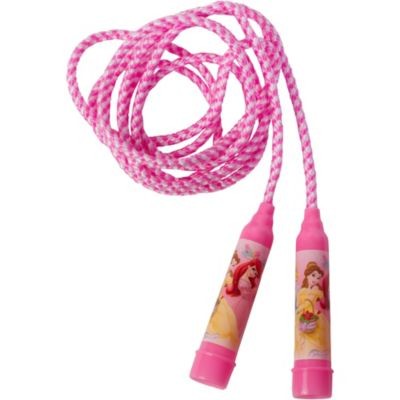 Come on, we've all had Disney princess jump ropes in our pants on at least one occasion. It's perfectly normal. BUT PAY FOR IT FIRST!

A large man carrying around some sinister stuff, like weapons and drugs, was arrested for stealing a variety of much more frivolous items—from children's toys to party favors—for a purpose unknown even to the thief himself, a Pima County Sheriff's Department report stated.

Sheriff's deputies responded to a Party City store that had security footage of a tall, heavy man—about 6 feet, 5 inches tall and 330 pounds—roaming the store and "stuffing merchandise in his pants."

Deputies located and detained him outside the store, making him retrieve from his pants an impressive number of unpaid-for items: Disney princess jump ropes, toy necklaces, packets of bandanas, DC Comics lanyards, and even more "toys and miscellaneous party gifts."

Searching his backpack and pockets, police found that the man's possessions included dangerous weapons (including a meat cleaver and folding knife), a baggie containing a heroin-like substance ... and one "Ernie doll."

The man, who had glassy eyes with extremely dilated pupils, admitted he was on heroin but refused to to name his dealer, who'd been "good to him." He likewise refused to admit to shoplifting, saying he hadn't meant to put the toys and party favors down his pants, but only in his pockets—apparently not understanding this would've also been shoplifting. He said he was "unsure" why he'd wanted the items.

When he was taken to jail and asked if he had any contraband items not yet accounted for, he (pointlessly) said he'd earlier had some "weed" but must've lost it on the bus, "express(ing) displeasure at this and stating ... (it) was 'good.'"

Nobody asked the large man about his Ernie doll, with which he'd be reunited after release from custody.