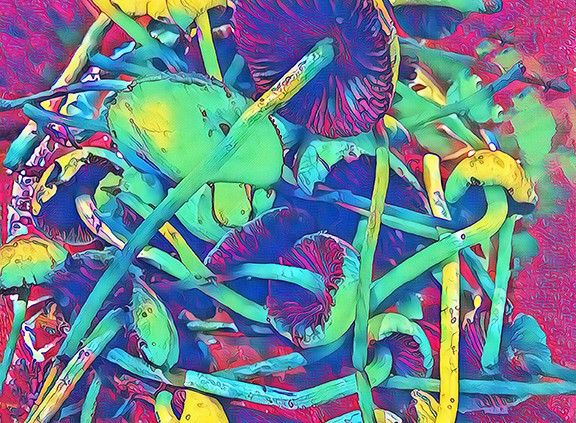 Well, you don't know what we can find, why don't you come with me little girl, on a magic carpet ride....

Law enforcement found a suspiciously odd combination of mushrooms and, um, "cake" kept in the dorm room of two University of Arizona undergrads, according to a UA Police Department report.

UA officers were called to the Greenlee Residence Hall, 610 N. Highland Ave., to investigate the resident assistant's report of a marijuana-like odor coming from one of the rooms. The officers knocked at the room's door, which was opened by two nervous, glassy-eyed young men who were pretty much forced to admit they'd been smoking weed, as the smell of burnt marijuana now permeated the air. The boys handed over two marijuana pipes.

When asked if the room contained anything else "in relation to narcotics," one of the students became so anxious that his legs actually bucked beneath him as he tried to stutter that his companion "has a ..." before trailing off, trembling.

Finally, after much gentle prodding to continue—including assurances that "the facts up to that point did not indicate he would be going to jail"—he pushed through his anxiety enough to utter that he and his roommate were both in possession of "mushroom cakes."

Luckily, the once-shy student now seemed emboldened by pride in his and his roommate's "mushroom-cake method," becoming borderline verbose as he explained: "Mushroom cakes take about a month to make ... [by injecting] some sort of cake-based food with spores, then adding other things such as dirt. [In] about two weeks the cakes start to sprout mushrooms."

Without prompting, he pulled from beneath his bed a tub containing a combination of cooking utensils and gardening items apparently used for the "mushroom-cake" operation, including wooden spoons, pie pans, rice flour, mason jars, "spore syringes" and Miracle Grow potting soil.

As if further clarification were still needed, he declared the mushrooms "were made and consumed to achieve a psychedelic effect"—not for culinary enjoyment. (And the "cake" part obviously wasn't eaten at all.)

The subjects were both handcuffed and taken to jail on drug charges.