The Brotherhood of the Magical Pants 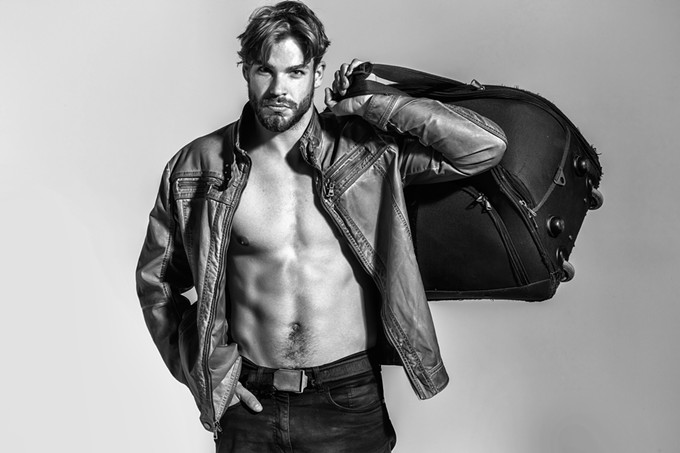 Do you think this is what the shoplifter looked like? Me too.

During a Walmart shoplifting trip, a man not only somehow fit numerous rather dangerous items in his pants—including a large, sharp, "hatchet-style ax" and some "fire-starting equipment"—he also managed to run a good distance at full speed with those things in his trousers, according to a Pima County Sheriff's Department report.

Sheriff's deputies responding to the Walmart spoke with a security guard who said she'd just seen two men enter the store together, and when they parted ways inside, she caught one of them—dressed all in black—on tape "sticking a hatchet down his pants and numerous other items."

She said he then walked briskly past the cash registers without paying for anything—apparently unencumbered by the booty in his britches—passed the security checkpoint and through the exit doors, and ran through the parking lot. Finally, she said, he stopped at a red Ford Focus where his previous companion was waiting, and the two drove away quickly. She said the other man just bought a propane tank in the store.

Deputies soon located the subjects on the road, pulled them over and had them exit their vehicle, the black-clad man as the passenger and other man as the car's driver and owner. Inside they "did find the hatchet which was not paid for, along with some lighter starting-fire equipment (sic)"—presumably some extra-long lighters, like those used to light a fireplace—which the first man had obviously removed from his clothing.

Deputies also found a syringe on the driver's side containing "a foggy colored clear liquid," which was believed to be the opioid fentanyl, as well as multiple "drug baggies," one of them containing a brown "crystal-like substance" believed to be heroin.

Since field tests on the substances were inconclusive, nobody was charged for drug possession (yet), though both subjects were brought to jail—the man in black for shoplifting, and his companion on a warrant out for his arrest. The report contained no notes about what on earth the men could have been up to, nor on the shoplifters' extra-large-capacity slacks.