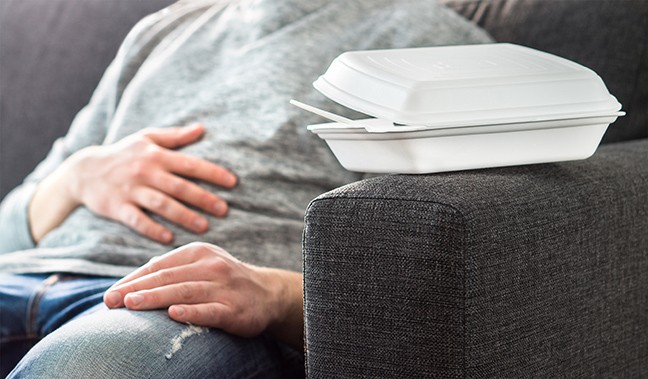 Ongoing tension between a man and his (adult) stepson exploded after the latter allegedly ate the former's food, an Oro Valley Police Department report said.

Interviewed at the house he shared with his wife and her son, the stepfather told officers the younger man "cannot keep a job, sleeps in, stays up late ... plays video games all night ... uses foul language ... and punches holes in the walls." That day, he said, the stepson ate his lunch, and when confronted about it yelled for him to "FUCK OFF!" and grabbed his mother's perfume infuser, smashing it on the floor before chasing his stepfather out of the kitchen and punching him on the chin. The mother corroborated her husband's story.

The stepson became "upset and started to cry" after the arresting officer confiscated a gun in the young man's pocket and handcuffed him. He was jailed for fighting, criminal damage and assault (specifically "punching step-dad in face").