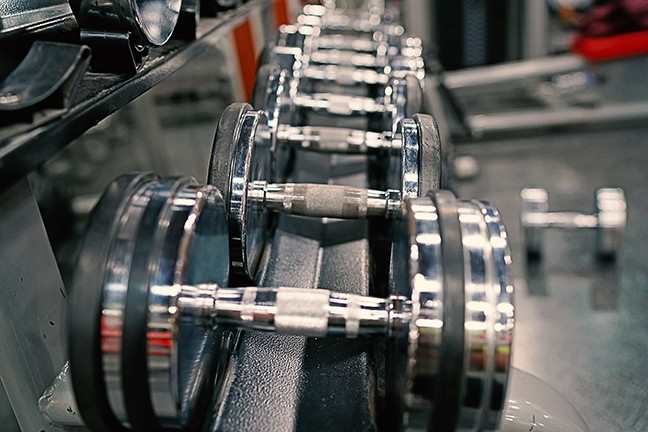 Cops got a really good workout while working on a case of a bunch of stolen dumbbells, while the actual dumbbell thieves—perhaps not dumbbells themselves—got away scot free, according to a Pima County Sheriff's Department report.

A resident of a north-side apartment complex called the PCSD in the middle of the night to report that two men had broken into the complex's gym area and were removing all its dumbbells and some other exercise equipment. Apparently the subjects actually lived in in the complex, and had been walking back and forth between the gym and their nearby apartment toting the stolen weights. While the reportee was on the phone, he said, he was pretty sure they were hiding under some stairs.

After several sheriff's deputies converged upon the scene and, perusing the premises, discovered a large pile of 60-pound dumbbells sitting outside one of the apartments—where, presumably, the (literally) weight-lifting thieves resided.

After at least three deputies made trips to haul the dumbbells back to the complex's exercise area, they knocked on the door of the suspects' apartment But although people were obviously inside (one deputy actually saw two occupants through the window), nobody would respond.

Since the manager said, unfortunately, the security system had been malfunctioning during the time of the dumbbell theft, he couldn't obtain any footage from the camera monitoring the gym room. Thus at the time of the report, the dumbbell-lifting suspects had escaped charges (though one might hope their consciences are heavy).