Poetry of the People

Born out of the banning of TUSD’s Mexican-American Studies, Ojajá Systems explores what life is about for youth in Southern Arizona 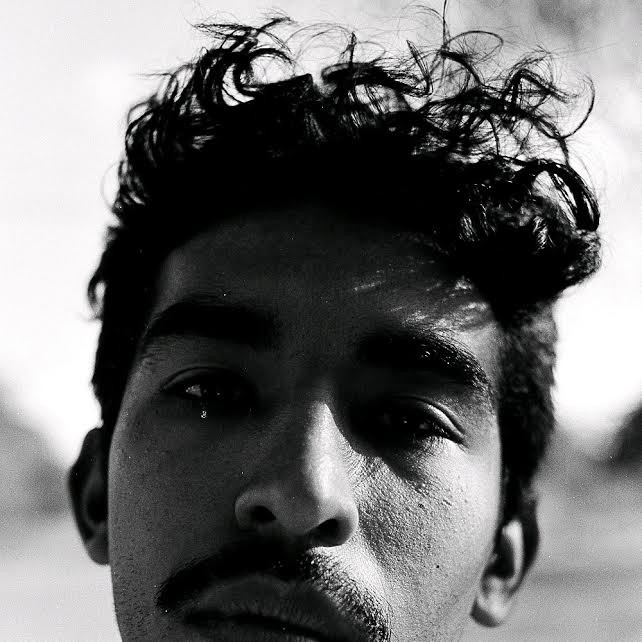 Courtesy
DJQ, a member of Ojalá Systems, will be performing at Tucson Hip Hop Festival.

There's a tight-knit group of young rappers and producers gaining momentum in the world of Tucson hip hop. Forget the overused verses about Xanax bars and weed, a new girl every weekend and luxury cars. What they offer the Tucson scene are their experiences and community tales through every lyric and beat they create.

Ojalá Systems is a group of local rappers and producers that just want to tell their stories with like-minded individuals while doing what they love, experimenting with lyrics, sounds and aesthetics.

Ojalá, made up by Mike Chekc$, DJQ, Mylkweed, REY, PONDI and Slabs, was born out of a need to give life to the stories they encounter and to combat censorship. Some of the members met through Unidos, a Tucson youth group that advocates for ethnic diversity in schools following the passing of a state law that banned certain aspects of ethnic studies in public school. Supporters of the law, which was later determined to be unconstitutional by federal courts, said it was designed to eliminate the Tucson Unified School District's Mexican-American Studies program, which was championed by advocates who said it inspired some students to stay in school and pursue higher education and attacked by detractors who said it encouraged students to hate America and white people.

Removal of the MAS program, which DJQ says was "so beautiful, so important for a lot of our people and a lot of our peers and friends," was a turning point in his approach to art and led to the formation of Ojalá, which means "hopefully" in Spanish.

"That was kind of the genesis," says DJQ, primarily a producer and poet. "If you're not gonna tell us our stories, we're gonna have to reflect it in our art."

The political climate and organizing in Tucson marked its influence in Ojalá's music and message. The members know their Tucson history and what people have gone through. They embed the spirit of local advocacy groups into their music.

"That's how we grew up—doing Unidos stuff, the MEChA stuff, doing the rallies, the walkouts, having events, open mics," DJQ said. "That's how we were taught to show love to people who were also in the struggle."

Mylkweed, who does creative photography, graphic design and illustration, also sees the reflections of these social movements in Ojalá's content.

He says these people's movements have molded Tucson's culture and identity and that through Ojalá, they try to tap into that. They do it out of passion and a desire to create what they don't see being done.

"Surely there's plenty of great music out there and awesome musicians but a lot of us, at least in our group, don't see exactly our narratives reflected," Mylkweed says. "Our sound as a community, hip hop-wise, absolutely is born from the work that our elders, such as radical political organizers, have done."

Ojalá draws inspirations from a variety of music styles, which lend it a timeless, groovy sound. DJQ says that being close to the West Coast and the southern border, while also having lots of musicians with Latino backgrounds, is reflected in the Tucson sound. Hints of '50s oldies, doo-wop and soul also are found in the music coming from Ojalá, with their own twist.

There's also the presence of border influence that permeates Tucson culture that comes up in the music.

"We have our roots," DJ Q says. "That we have familia over there that we can talk to, kind of brings us up hearing things like cumbia, reggaeton and all those other things that kind of make up the Latino music scene... We all like groovy sounds and our music reflects that in the way that we approach it, lyrically, sonically, and aesthetically."

These guys explore dark theories about what the future may bring—Black Mirror-related scenarios, a capitalistic machine grinding down people. Their music is an outlet to deal with those fears and make people see what they see do.

Mike Chekc$ believes that music, love and nature are the keys to saving our remaining humanity.

"Any mom would hold on to religion, hold on to that hope, hold on to that thing to keep you alive," he says. "That's what we're here for, to exist and help the people rise to power—these people, us people. It is possible, but it's gonna take a hell of a miracle. If you ask me, it's the only thing keeping us alive. It's hope. It's trying to live forever—because we could."

Check out Ojalá Systems at soundcloud.com/ojalamusic.