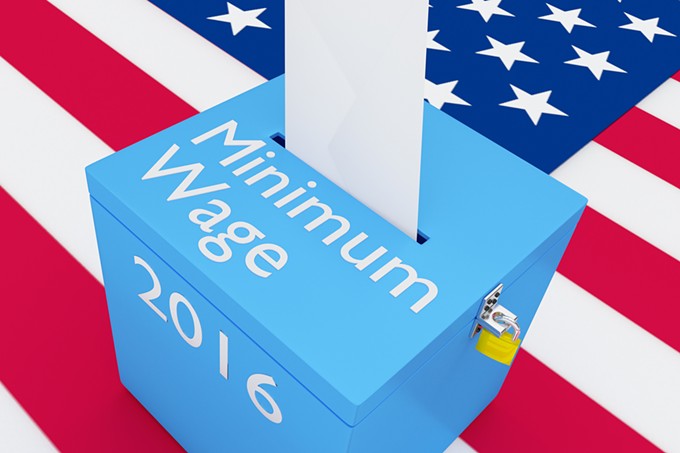 Arizona voters may have a chance to boost the state's minimum wage this year.

The campaign for a ballot initiative to increase Arizona's minimum wage to $12 an hour by 2020 submitted more than 217,000 signatures to state officials on Thursday, July 7.

The Fair Wages and Healthy Families initiative would boost the current $8.05 minimum wage by 50 percent within four years.

The campaign has collected well over the minimum requirement of signatures to reach the ballot, so barring a successful legal challenge, voters will likely be able to decide its fate in November.

"It's not a hard sell," said Zaira Livier, who coordinates the campaign in southern Arizona. "People generally want to help each other out."

Livier plans on expanding the campaign's leadership and increasing support by utilizing a volunteer base of 25,000 and partnering with national organizations supporting similar initiatives in other states.

David Wade, a consultant for the campaign, said the support to get the measure on the ballot is a good indicator of how it will do in the hands of voters.

"When you tap into that need and harness that energy it corresponds with the energy of people and small businesses," he said.

Mike Varney, president and CEO of the Tucson Metro Chamber, said that the organization has vocally opposed the idea of using government to mandate business costs since minimum wage became an issue.

Varney cited numerous issues with raising minimum wage, such as business moving to replace workers with robots, reducing employees' hours, moving out of state or just shutting down.

Predicting opposition from commercial interest groups, the campaign has already begun reaching out to local business owners to promote the initiative.

"By increasing the minimum wage we are providing small businesses with the opportunity to be more competitive," said Carlos Velasco, a consultant for the campaign. "When you put more money into people's pockets, they reinvest in the economy."

The campaign plans to meet with Tucson business owners before September. Tucson Councilmember Regina Romero supports the campaign, boiling opposition down to fear-mongering and greed in support of CEO salaries and shareholder returns.

"I don't think it'll effect job creation," she said. "Small businesses know how to manage themselves and will appreciate a smaller turnover rate."

One of the campaign's platforms is that with less job turnover, small businesses will be able to save money on training new employees.

Varney said that the majority of minimum wage earners in Arizona are part-time workers such as students who operate in a "transient employment situation" that would cause businesses to experience turnover in any case.

"Research shows that it doesn't effect the economy," Romero countered. "It's about economic development and developing an atmosphere for small and big businesses."