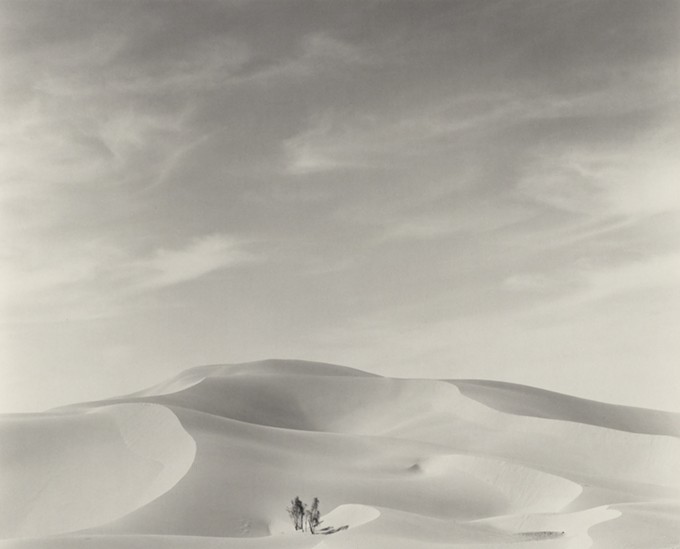 Main Gallery: Longer Ways to Go: Photography of the American Road. Through Nov. 24.

Her husband, she says, speaking in her office at the Center for Creative Photography, where she's the new director, "was born and raised in Tucson. My kids are fourth-generation. My husband's grandmother went to Hacienda del Sol when it was a girls' school."

Barrett herself never lived west of the Mississippi until she came to Tucson in the aughts, unless you count the four years she spent in Korea as the daughter of a military father. A lawyer and a museum professional with a string of degrees, she worked for years both in the law and the arts in Arizona. But she'd finally decamped the Old Pueblo to take a big job in Chicago, as director of collections and exhibitions at the Museum of Contemporary Art Chicago.

Her family of Tucson natives followed her there.

"I am just so lucky to have an incredible family and a husband who gave up his law practice and said, "Let's do it, sweetheart, let's go to Chicago."

Barrett reveled in her job.

"It's a wonderful place," she says. She negotiated what she calls the three top exhibitions that the museums has ever done: one on superstar David Bowie, another on Takashi Merikami (nicknamed the "Warhol of Japan") and the third on Kerry James Marshall, a multimedia African-American artist whose work deals with issues of identity. She worked closely with the curators and got to use her legal expertise, and loved being around photography.

A couple of years in though, her family missed Tucson so much—"my husband is a desert person"—they came back, and Barrett become a commuter, shuttling between the Windy City and the Baked Apple.

The CCP job was "so serendipitous for me." She's in awe of the "depth and breadth of the collection," a treasure trove of thousands of photos by major artists, from Adams to Weston to Lange. "It's an institution with such potential. I am fiercely grateful that the opportunity came up."

When she arrived on the job in January, the center was showing contemporary landscapes by Mark Klett and the classic landscapes by Ansel Adams.

Barrett says when she saw that inspired pairing, she realized "that was such an example of what the CCP can do that no other institution can do."

Adams's works are mostly pristine visions of untouched nature. But Klett, in his Rephotographic Project, tracks down locations pictured by earlier photographers, then reshoots the scene—creating a new view of a landscape that has changed over time, perhaps degraded by development or worn down by nature itself.

The show gave Barrett an idea: Why not regularly put together old-and-new pairings to tell the story of photography's own changes over time?

Her first major initiative was creating the Heritage Gallery, carving out a space in the Center's main gallery to regularly showcase long-held works from the archives by the likes of Adams and Weston and partner them with new contemporary acquisitions.

The Heritage strategy neatly addressed a longtime and sometimes angry debate among Center fans, about whether the museum should devote itself to the 20th-century masters like Adams, or surge forward into the future.

Barrett draws on an eclectic resume as she rolls up her sleeves in an institution that had been leaderless for two years.

"I was always immersed in the arts," she says. "That was my calling at an early age—it started out as studio work but it graduated into management and museum work. That's where my skill set was."

She studied studio photography at NYU for two years, working in a darkroom in those pre-digital days, then transferred to American University to major in art history in Washington, D.C., her hometown. Then it was back to New York City for a graduate degree in arts management from NYU.

"It was the '90s. New York was such an incredible place to be," she remembers. Inspired by the photographs of Nan Goldin, Robert Mapplethorpe and Larry Clark, she says, "I knew if museums were the place where this was going on, that's where I wanted to be." 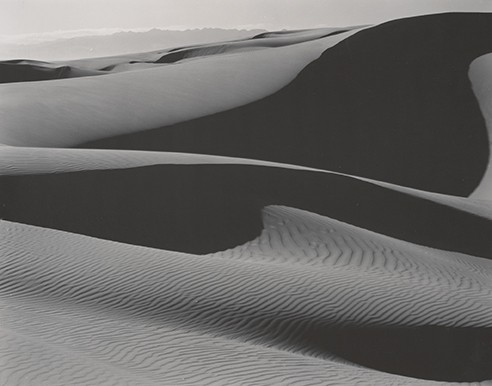 She hired onto a traveling exhibition company, and works on everything from shows of Shaker furniture to a "mammoth" Fabergé exhibition that she accompanied to the Hermitage in St. Petersburg, to Paris and to London.

"That's where I really cut my teeth," she says. "That was my entrée into [the museum] world.

Her next stop was the respected Walters Art Museum in Chicago, but a supportive female trustee encouraged her to go onto law school, the better "to marry her museum acumen" with knowledge of the law and business practices. Barrett took her advice and went off to get a JD at Vermont Law School—where she met her Tucson native husband.

At the CCP, Barrett says, "we're trying to open doors and partner with the community in a way we've never done before," while also connecting in new ways with the university's students and faculty.

She's already staging family events, signing up members and organizing photography trips. And she's cooking up plans to collaborate with the UA Poetry Center, The Loft and the other museums in town, including the University of Arizona Museum of Art, MOCA-Tucson and the Tucson Museum of Art.

"When we talk about access, I don't just talk about what it means to come through the front door. Digital access [of the collection] has to be a top priority for us because the website will serve people from all over the world," including scholars who must do their research from afar.

She also hopes to hire an education specialist and restart a program of scholarly publishing. And of course, line up a robust exhibition schedule.

"Only being here six months, the ideas are very big and we're just starting to reorganize and figure out what next steps are," she says.

Two years before she hired on, in one of the Center's periodic convulsions, a respected young curator, Joshua Chuang, was forced out; director Katharine Martinez abruptly retired soon after. Barrett says she has read up on the Center's troubles.

"I can't apologize for what came before me," she says. "I gave my word that I will bring my own integrity to this and really get down to work. I feel a huge responsibility. It's about making the CCP as great as it can be, serving not only the medium but the university, and showing the region how lucky it is to have this here."