Hey, 'Arizona' Coyotes; it will take more than a name change to expand your fan base

The Arizona Diamondbacks get it.

Yes, they play in Phoenix, smack dab in the middle of a market with 3 million people, more than enough to sustain their bottom line.

But unlike the rest of the Grand Canyon State's professional sports franchises, the Diamondbacks understand that there's more to Arizona than just "the valley."

It's been that way from the beginning. Even before playing their first game in 1998, the D'backs understood the importance of being a statewide franchise. It's why they chose (briefly) to train in Tucson, why they (briefly) jumped at the chance to have their top minor-league club in Tucson and why nearly every effort they make to reach out to their fan base involves reaching out to all of the fan base.

If you watch D'backs games on Fox Sports Arizona, you've probably seen the commercials for the team's Fan Express shuttles. These buses pick up loads of baseball fans from all corners of the state—in the last week I've seen commercials for shuttles going to/from Globe, Prescott and Sahuarita, not to mention a regular spate of round trips scheduled from Foothills Mall on the northwest side—in an effort to make games at Chase Field easily accessible for any and all.

Happen to remember the last time there was a Suns shuttle? Or an offer from the Cardinals to send a bus to Tucson to pick up a couple of dozen people willing to shell out for exorbitantly priced NFL tickets?

So what is being done by the soon-to-be Arizona Coyotes to show they really care about being a statewide franchise after months of toying with the idea of moving back to Canada or somewhere else where hockey seems more appreciated?

Yes, the Arizona Coyotes. No longer the Phoenix Coyotes, a team that hasn't played in Phoenix for 10 years. Not the Glendale Coyotes, either. Nope, this hockey franchise belongs to all of us now.

The name change is apparently part of the took-forever-to-get-done deal between the club and the city of Glendale in order to get a new lease on Jobing.com Arena.

I giggled when I heard the news of the Coyotes' name switch. I pretty much thought, why bother? I don't think it did much for the Cardinals when they switched (after about 5 years) from the Phoenix Cardinals to the Arizona Cardinals. It wasn't like that change suddenly prompted all of us out in the boonies to felt more attached to the team.

In general the concept of name changes doesn't do much for me. And I'm pretty sure Miami residents are almost embarrassed to be more closely connected with the pathetic Marlins, formerly known as the Florida Marlins.

Changing a team's nickname is even dumber, and is done with only one thing in mind: merchandising. Do you think the owners of the New Orleans NBA team really think having the team be called the Pelicans instead of the Hornets will make them more popular? Or is it just a ploy to have fans buy more hats, T-shirts, etc.?

The only time the issue of a team name should come up is when a sports franchise is formed, or in many cases relocated. Not a decade later, when you realize you're not drawing as many fans as you should. Pick a name and stick with it. Decide whether you want to be a citywide, statewide or (such as with the New England Patriots) regional franchise.

New Jersey had four major professional teams when I was growing up, yet two of them weren't even named for Jersey. The New York Giants and Jets played in the Garden State, but because they considered themselves teams that catered to the New York area, they could get away with not being named after Jerseyans. And it worked, because for decades every seat to every game has belonged to season-ticket holders.

In Arizona, we now have teams from all four major pro sports leagues, and three of them are trying to be the state's team. (The ball is in your court, Robert Sarver and the Suns, but most likely you'll dribble it out of bounds, like your players.) But even with name changes, it's still as much about reaching out to the outskirts as it is a simple re-wording.

Until I see a Coyotes shuttle picking up hockey fans in Tucson or Yuma, calling them the Arizona Coyotes instead of the Phoenix Coyotes will likely mean nothing to any of us outside of Maricopa County. 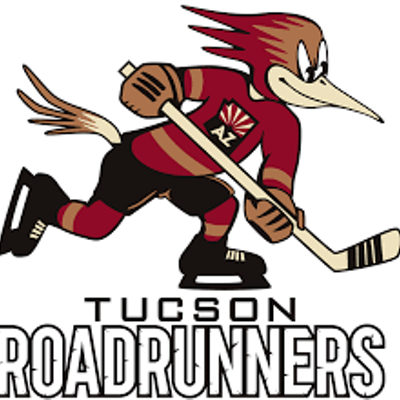