Twenty-six years ago, ABC did a very, very bad thing.

They cancelled Twin Peaks after just two seasons, and they did it without telling David Lynch the season finale would be a series finale. This resulted in the most unholy of cliffhangers.

A cliffhanger that would last 26 years. (That's 23 years longer than The Empire Strikes Back cliffhanger!) When Season 2 of the show ended with Dale Cooper and his bloody forehead squawking "How's Annie?" viewers already knew the show might be cancelled. What a horrible moment it was for Peaks fans to see their weekly, eternally positive hero in such a deranged, possessed state...possibly forever.

We thought we'd find some relief with the theatrical film Twin Peaks: Fire Walk With Me but, alas, that was a prequel, and Cooper's story remained open-ended.

Thanks to Showtime, Twin Peaks fans finally get some relief with the return of Dale Cooper (Kyle MacLachlan), the Black Lodge, and Peaks favorites like the dimwitted Deputy Andy (Harry Goaz).

The original show, a weekly mystery involving the murder of Laura Palmer (Sheryl Lee) in a northwest town called Twin Peaks, was an alternately dark and goofy blast of unusual creativity for broadcast TV. It had a fast start, and then suffered a precipitous drop in popularity resulting in that cruel cancellation. Thanks to the recent wave of TV nostalgia, and a willing Lynch, fans and the uninitiated get another chance to enter this bizarre world.

As of this writing, I've seen the first four hours of what will be 18, all directed and co-written by Lynch. The first two hours play very much like latter day Lynch films (Mulholland Drive, Lost Highway), and have more in common with the dark, horrific Fire Walk with Me film than the comparatively bright TV show. No cherry pie, no finger snapping beatnik music on the soundtrack. The first two hours are straight-up scary and dour. This is not a complaint.

The darkness of the first two hours sets the table nicely for the next two installments.

Episodes 3 and 4 have a randomly funny, goofier tone, at times reminiscent of the odd humor that propelled the original series. Even with the laughs (chief among them a moment involving cell phones and a run of casino jackpots), the new Peaks is a dark, sinister place. A fascinatingly brilliant, dark, sinister place.

When the original series ended, FBI Agent Dale Cooper was stuck in the Black Lodge and his evil doppelganger released upon the Earth, possessed by Killer Bob. Let it be known that this new series is the long-awaited answer regarding Dale Cooper's fate. Also let it be known that MacLachlan is afforded all kinds of opportunities to go crazy as an actor.

Episode 1 starts with the old TV show footage of Laura Palmer telling Cooper she will see him again in 25 years. Things then jump ahead 25 years, and Cooper is still hanging out with the dead spirits of Laura and Leland Palmer (Ray Wise) in the Black Lodge, still wearing that snappy suit and sporting that sharp haircut. Outside the Lodge, his evil doppleganger, sporting Demon Bob long hair and bad attitude, is conniving and killing.

There's a bunch of business involving a glass cube in New York, a murder mystery involving a high school principal and, yes, some action in beautiful Twin Peaks. Lynch expands upon the universe created by the TV show, taking the action bi-coastal.

Old series regulars like Dana Ashbrook (Bobby), Madchen Amick (Shelly) and James (James Marshall) return, and more are slated to appear in later episodes. Some great cameos include Michael Cera as Deputy Andy and Lucy's Marlon Brando loving son, and Naomi Watts as a concerned parent. The late Miguel Ferrer makes his last screen appearance as ornery FBI Agent Albert, and Margaret Lanterman managed to film some scenes as the Log Lady before her death.

The Showtime show is as good as the ABC show when Lynch was directing it. In many ways, it's even better. Lynch directed all the episodes we will see this year. As a diehard Peaks fan, I honestly can't believe I got to write those words just now. 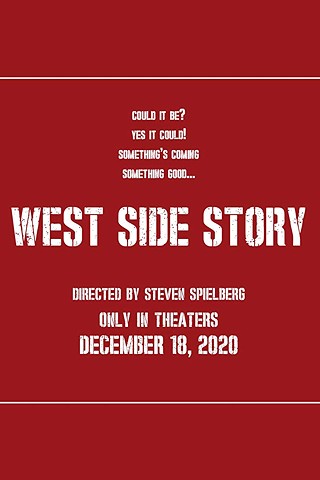