Electronic. Hip-hop. Ambient. Metal. Tucson artists always manage to explore beyond the dusty musical confines listeners may expect from “the Old Pueblo.” And this year is no exception. If any artistic good did come from the pandemic, it’s that creators had plenty of time to focus on and explore their craft. The albums out of Tucson this year certainly reflect that, with songs about isolation and uncertainty. But for every one of those, there was another song demanding perseverance and collaboration. Our favorite albums to come out of Tucson this year (ranked in no particular order) reminded us just how intertwined music is with community—and got us excited to see some of these musicians performing live once again. 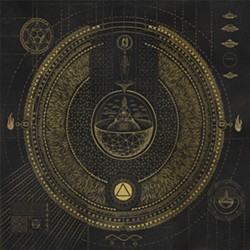 Psychedelic desert rock group XIXA doubled down on their style for Genesis, mixing cumbia and tejano and Gothic aesthetics for a unique borderlands blend. With philosophical and alchemical references throughout, Genesis attempts to distill the mystery and power of the Sonoran Desert, but never loses any of the fun or energy that made XIXA’s previous music so engaging. Tracks like “Soma” and “Eve of Agnes” are further bolstered thanks to guest appearances from an international roster of musicians. Combine their hypnotic percussion and guitars with Brian Lopez and Gabriel Sullivan’s smoky vocals, and you have a wonderful replication of dancing in the dark desert. 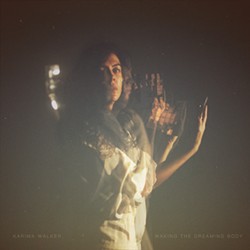 Recorded in a makeshift home studio, Karima Walker’s delicate combination of ambient and folk is a warm kind of lonely. The aptly named Waking the Dreaming Body sees Walker spilling out her heart over sparse guitar and piano, with tender poetry in her lyrics. The songs often give way to vast ambient stretches that manage to feel equally important, as if Walker is ruminating on how to continue the album’s thread. She explained that during recording sessions, she found herself “thinking about the mirroring that happens when you seek connection to others and to the natural world—when you try to bring the outside in.” Rarely does something so touching feel so ready to come apart in your hands, granting credence to that old study claiming the human soul weighs less than a pound.

Mute Swan
Only Ever

Mute Swan is the kind of band that makes you wonder why you don’t go out to more live music. Their heavy yet dreamy style of rock certainly has stage presence, but their new album Only Ever also manages to capture that massive sound. The album opens with steady drums and shimmering guitar, which slowly builds into a mellow jam that still manages to feel all-encompassing. The distant, airy vocals and layers of guitar pedals add a surreal backdrop for the central melodies to billow on top of. Only Ever wins this year’s award for sounding like you’re afloat in a silver cloud, with the occasional lightning bolt.

For her second album, Asphalt Astronaut moves away from folk in exchange for a collection of dark, ambient pop songs. As the album title implies, it’s a spacey and hushed collection of music, with bright points keeping the album from being too brooding. Although it is technically a break-up album, Asphalt Astronaut sidesteps conventional topics by singing about mythological creatures and the night sky. Andromeda is heavy on atmosphere, with most songs soaked in reverb and floating instrumentals, but it never gets in the way of storytelling or Asphalt Astronaut’s gentle vocal delivery. 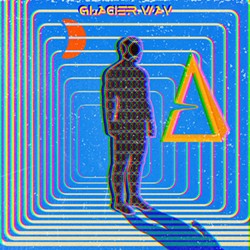 Yes, there is more music coming out of Tucson than that particular strain of desert folk-rock we know so well. Electronic duo Glacier.WAV debuted this year with an entrancing blend of 80s synth and dreamy indie vocals. However, their debut album is more than an exercise in nostalgia. The entire project is built around modern anxieties, and examines how issues like social isolation and climate change can compound each other. The punchy production reflects the diverse lyrical subjects, with songs where whirling analog synthesizers give way to ominous post-rock passages. Frank Anzaldua and Jaime J. Soto created one of Tucson’s most danceable yet thoughtful musical projects of the year. 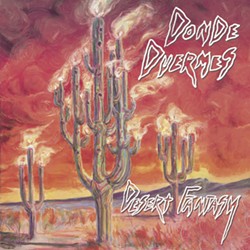 This playful collection of tributes to the Tucson landscape atones for the countless sterile beat tapes to be found online. Yes, the songs are instrumental and built around percussion, but there’s not a moment where they feel lacking or underdeveloped. Donde Duermes is a dense yet groovy series of compositions inspired by desert sights, with songs like “Dark Side of the Dune,” “Ocotillo Wand,” and “Arroyo Seco.” The songs may start with a new-agey drum foundation, but they mix in swirling synthesizers, acoustic strings, marimba and more. This makes for a rich sonic palette that jumps everywhere from cumbia to funk to EDM to ambient as gorgeous as the desert sunrise. 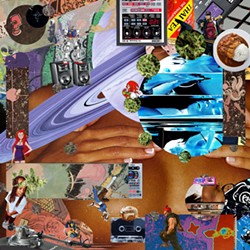 Not a rap album in the classic sense, Brain Clustrs is still a noteworthy release in the local hip-hop scene for its scope and diversity. One of multiple releases associated with local alternative hip-hop collective 1202 this year, Brain Clustrs maintains a sense of childlike wonder. Many of the songs are instrumentals, but the imaginative use of sampling (video game music, psychedelic sounds, pop culture) keeps the sound plenty interesting. The songs with vocals work as a kind of cherry on top of the abstract, humorous, mellow and sometimes absurd pie. The cover art fits the album well: a colorful mish-mash of 2000s aesthetics, space imagery, stereo equipment and seemingly anything else that interests RND1. We’d label this one under: Hip-Hop Nostalgia Odyssey.

Various Artists
Al Foul: A Tribute to the One and Only

Not a traditional album, but this collection from more than a dozen Tucson musicians saw plenty of play time around the Weekly offices this year—and all for a good cause. Local troubadours like Calexico, Leila Lopez, Howe Gelb, Naim Amor, Katie Haverly, Golden Boots and more lent their time and talent to raise medical funds for local rockabilly rebel Al Foul. At more than an hour, this tribute album jumps everywhere from blues to rock to pop, but maintains an uplifting atmosphere. But the fact the project is a result of local artists and their camaraderie probably represents Tucson more than any one song can. 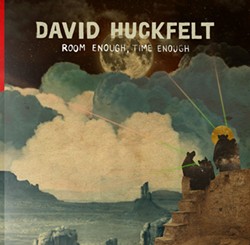 On the pleasantly subversive Room Enough, Time Enough, folk singer David Huckfelt sought to “deconstruct the cowboy myth.” The album is still rooted in the singer/songwriter tradition, but reinvents folk standards with multiple vocal lines and the occasional electronic instrument. Huckfelt’s smooth singing and poetry mix surprisingly well with his efforts to avoid any and all limitations or thematic constraints. It’s an album hell-bent on common-ground after years of division. Accompanied by a fleet of Tucson musicians and indigenous artists, Huckfelt lays out the roadmap for a new kind of Americana music, one that stretches across the lonesome prairie into the mountains and woods beyond. 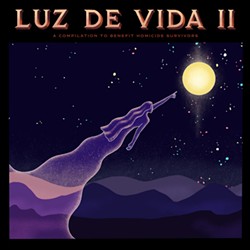 We figure we might as well use this space to spread the love and fit in one more great collection of local music going to a good cause. The original Luz de Vida, released in 2011, saw Tucson musicians gather and record music to raise funds for victims of the mass shooting at Gabby Giffords’ Congress on Your Corner. For the 10th anniversary, Luz de Vida II raises funds for the local nonprofit Homicide Survivors Inc. This collection of conscious and inspired folk and rock includes Tucson-affiliated artists like Calexico, The Resonars, XIXA, Dr. Dog, Hannah Yeun and more. Kudos to Tucson musicians for making damn-near everything better this year. ■