'Sir! No Sir!' is a film about dissent and protest that fails to show conflicting views

Opens Friday, June 2, at The Loft Cinema (795-7777).
Sir! No Sir!
David Zeiger
At this point in history, it's a pretty fair argument--actually an understatement--to say that the Vietnam War was the mother of all messes. The war did not follow the standard script of Americans as victorious heroes, saving the world from atrocity and tyranny. Good soldiers, good people, found themselves involved in nightmarish situations. They also found themselves being judged by the government, fellow soldiers and civilians after being dropped into a hornets' nest that the average person couldn't possibly comprehend or endure.

Sir! No Sir! is a sometimes fascinating but ultimately troubling documentary focusing on soldiers who protested the war. These were soldiers who found themselves horrified by what they were witnessing, and who made the decision to resist military duty. Many veterans sit down for candid, startling interviews, revealing their motivation to resist.

One of the interviews is with a man who found himself in a fight to the death with an enemy soldier, taking a knee-shattering wound in the act of saving his own life and killing the other man. This is a soldier who turned against the war, and given his experience, it's awfully hard to discredit him for these feelings. There are many similar interviews with men and women who went into the war with the belief that they were fulfilling their patriotic duties, only to find themselves conflicted and unsure.

The film is extremely one-sided. It doesn't offer the opinions of soldiers who resented those who protested. It tries to put forth the argument that the failure of the war was a direct result of mass soldier protests that eventually left the United States with no option but to pull out ground forces, resort to air strikes and eventually withdraw completely. Most assuredly, there were other factors, but they aren't presented in this documentary.

It also makes an attempt to debunk, as a myth, "baby killer" spitting incidents where vets were supposedly attacked by protesters upon their return home. The movie seems to state that there is no documented proof American soldiers were ever spat at--but there are some vets who would tell you otherwise.

The different forms of protest are explored, most notorious of all being Jane Fonda's touring show for soldiers, sort of the anti-Bob Hope revue. Fonda actually gives an interview for the movie, which presents her in a tremendously positive light. Again, an interview with a soldier who hated what Jane Fonda did during the war would've resulted in a more-balanced documentary.

It also takes a far too antiseptic approach to the protest of "fragging," where American soldiers would allegedly throw grenades into U.S. officer tents with intent to maim or kill. It presents the case of Billy Dean Smith, a soldier accused of fragging and later acquitted of the charges. Again, no officers or soldiers are depicted discussing the deadly results of any fragging incidents.

The fact remains: American soldiers doing their jobs, some who may've even had reservations about the war, died as a result of fragging. Sir! No Sir! refuses to explore the complexities of these crimes. How about an interview with a family who lost a loved one as the result of fragging?

Clearly, the Vietnam War isn't a subject that can be covered comprehensively in an 85-minute movie. The parts of Sir! No Sir! that I appreciate are the moments of soldiers sitting down, telling their stories, recollecting about their past and presenting their personal politics. I believe these soldiers have a right to feel the way they want to feel, and protest what disgusts them; I'm glad this vehicle offered them this chance. What I didn't appreciate from this film was the almost total absence of dissenting views. That's pretty odd for a film that is about dissent and protest. A movie that digs into both sides of these issues still needs to be made.

Sir! No Sir! is not showing in any theaters in the area. 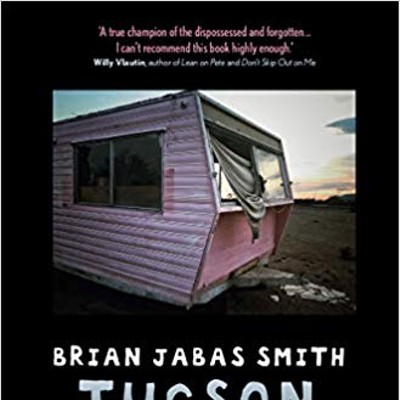