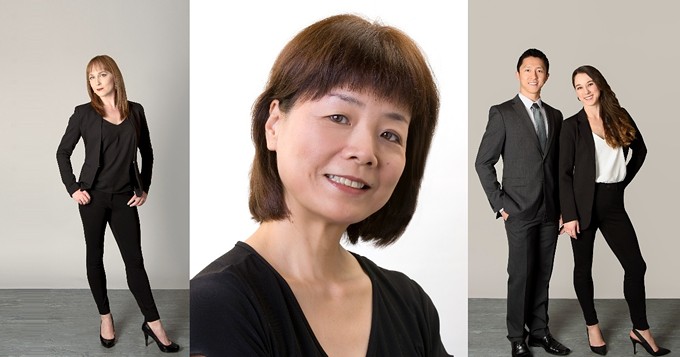 The city’s only professional ballet company has made of lots of changes this year.

But the future looks great. The new company director, Margaret Mullin, danced for years at the revered Pacific Northwest Ballet and rose to the coveted role of soloist. She’s young and energetic, a Tucson native who studied at Ballet Tucson as a child. She’s already created her own works, and she knows star choreographers.

For the November concert, just for example, she has lined up Justin Peck, the choreographer at The New York City Ballet, to mount one of his pieces. Mullin has brought in a pair of married dancers, Danielle Fu and Liang Fu, who have danced for years in Kansas City and at Cincinnati before that. Liang has hit stages around the world.

The two of them will take the stage as principal dancers and serve as co-directors of the school. Chieko Imada, long a mainstay of the company, now also holds the title of choreographer in residence, in addition to associate artistic director.

With the company now 31 dancers strong, the troupe is raring to dance. They will have plenty of chances in the company’s three concerts this fall. Here’s a brief list of the shows.

This fun annual show gives the troupe’s dancers the chance to try choreography on for size. The dancers create original works and teach their creations to the eager young apprentices. After the final bow, audience members get to vote for their favorite budding choreographers. The winner gets to reprise their dance in the spring concert.
7 p.m. Friday, Oct. 7, at Fox Tucson Theatre

Justin Peck’s “In Creases” brought him to national attention in 2012. The 15-minute modernist piece, with eight performers, shows off “his mastery of geometry with dancers,” Mullin says. The music is by Philip Glass, and Peck was the choreographer for Steven Spielberg’s “West Side Story.”

Next is “Pas de Deux” from “Klein Perspectives,” a work by Andrea Giselle Schermoly, with music by Olafur Arnalds. The dance is a short series of vignettes inspired by the French artist Yves Klein.

“Raymonda Variations” is a 19th century classical ballet choreographed by Chieko Imada, after Marius Petipa. Danielle Fu and Liang Fu play lovers who dance the famous pas de deux. The dance has with a big cast of dancers in fluffy white tutus.

In the final piece, “Felicity Found,” Mullin has reimagined and expanded a digital piece created for film only that she choreographed for the Kansas City Ballet during the pandemic. The work is an affirmation of joy and beauty, and its 22 dancers are immersed in the splendid music of Vivaldi.
7 p.m. Friday, Nov. 11; 2 p.m. Saturday, Nov. 12, and Sunday, Nov. 13, Leo Rich Theater.

This cherished holiday ballet will be even better: for the first time in years, the beautiful music of Tchaikovsky will be performed live for Ballet Tucson as a part of a new partnership with the Tucson Symphony Orchestra. The Snow Queen, the Sugar Plum Fairy, Clara and all will usher in the joyous season at the newly christened Linda Ronstadt Music Hall (and how sweet that name is!).
Various times Thursday, Dec. 22, to Saturday, Dec. 24, at the Linda Ronstadt Music Hall.

Stay tuned for the avalanche of other local “Nutcrackers” that rise up every November and December.

University of Arizona School of Dance Jazz In AZ 2022

Every year in September, hot jazz swings onto the UA campus. But that’s not all. The student dancers showcase their chops in modern dances and tap as well. The organizers promise nationally recognized choreographers in a fast-paced show. Stay tuned for more shows later in the fall.
Various times Tuesday, Sept. 20, to Thursday, Sept. 23, at Stevie Eller Dance Theater on campus.