The Zoppé Family Circus is becoming a Tucson tradition 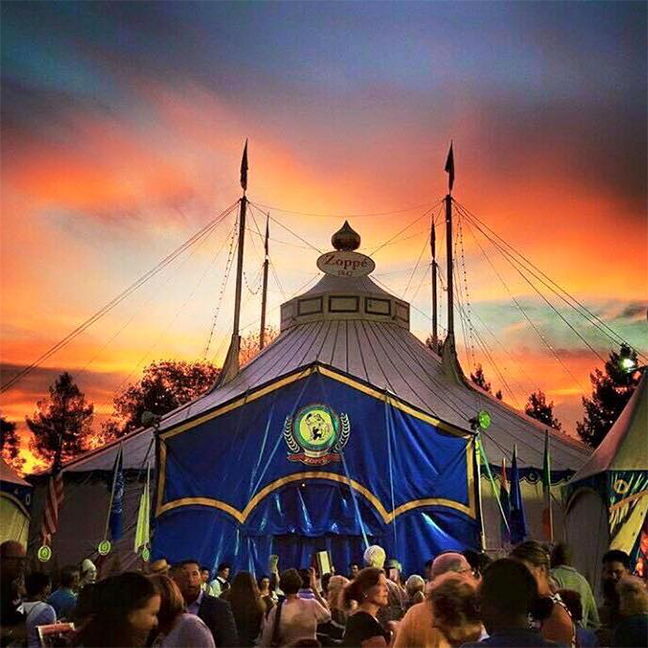 Courtesy
The Zoppé Family Circus has been entertaining audiences since 1842.

Tosca Zoppé has performed in the circus since she was 2 years old. This is nothing new for her lineage, being a descendant of Napoline Zoppé and his wife Ermenegilda, who founded the Zoppé Family Circus in 1842. Brothers, sisters, parents and friends all perform or help the production, but even then, Tosca never felt trapped into her role.

"They say the sawdust is in your blood," Tosca Zoppé said. "It's a beautiful life. My parents never forced me to—it's just who we are."

Now, after decades of performing, the Zoppé Family Circus is bringing their Old-World charm to Tucson—for the eighth time. Originally launching their Tucson run on the UA campus, the circus moved a few years ago to the Mercado San Agustin, where they are performing again this month.

"We like your city because we're very well accepted here," Zoppé said. "Your community loves us, so we return. It's really been good for us."

Kira Dixon-Weinstein, executive director of the Mercado San Agustin, has attended the Zoppé Family Circus every time they've performed at the Mercado. She says its old-world charm that keeps her—and the rest of Tucson—coming back under the big top.

"The whole circus is so charming," Dixon-Weinstein said. "It makes you think about what entertainment would have been like 100 years ago... My favorite act is probably Nino the Clown. It's the kind of humor that caters to everyone. It's not just for the kids, even the adults think it's funny."

Although they've been performing for more a century and a half, the Zoppé Family tries not to alter their formula much.

"We really try to keep it as authentic as possible. We're very proud of our heritage." Zoppé said. "You're not going to see laser light shows or anything. It's very real and intimate. We're looking to make a connection to the audience."

This does not mean there aren't new spectacles to behold, they're simply in the classic circus style. There is the Russian Swing, where multiple performers swing together, flying from one end of the Big Top to the other. There are balancing acts, trampoline artists, and a new group of horses this year as well.

It's this lack of modern tricks and effects that Zoppé believes keeps people coming back.

"I think people are looking for a connection," Zoppé said. "Being able to come into our circus and slow down is a really big deal. If something's real, it's special... It's not always about what a particular performer is doing, it's a bond with the audience."

This year's new show also has an international theme, as evinced by the American, Italian, Mexican and Canadian flags adorning the central pavilion. The show even includes a special pre-show, which according to Zoppé, is part of the whole experience.

"It's one of our strongest shows," said Giovanni Zoppé. "There are lots of traditional acts, plus some new things."

This Tucson stop is the final leg of a tour which started in 2017 and lasted all throughout 2018. The Zoppé Family Circus often tours eight to 10 months out of the year, but even while they're off, they plan new events and performances.

Dixon-Weinstein says the same thing keeping Tucsonans coming to the Zoppé Family Circus keeps them coming to the Mercado as well.

"It's not showy; it's authentic and real," Dixon-Weinstein said. "I think it's the same people that return year after year... I love the idea of supporting a family tradition that's been going on for so long."