Unfortunately, the Empire State's medical marijuana bill isn't the step forward it seems to be

There was a lot of rejoicing when New York finally passed its medical marijuana bill last week. Every time these laws pass, Facebook lights up with a flurry of dancing in the cyber-streets from Broadway to Ventura Boulevard.

But as far as I'm concerned, the New York law barely counts, and in some ways it's more harmful than good.

New York didn't allow chronic pain, the reason most patients use cannabis and the most misperceived reason. Cannabis detractors frequently chuckle when chronic pain is mentioned in the same sentence as marijuana, and it seems the chucklers won in New York. I suppose the catch-all "neuropathies" will cover a lot of pain patients, me included.

One of the amazing properties of marijuana is pain relief. Leaving out chronic pain is like saying, "You can use all the ibuprofen you want—but not for pain."

A New York Daily News story on Saturday quoted the bill's key sponsor, state Sen. Diane Savino, saying the bill was crafted after Colorado's medical law. Colorado, Savino said according to the article, has avoided a California-style, loosely regulated system "which led to medical pot falling into the hands of teenagers."

Now, certainly it's a fact that some of California's medical marijuana gets to teens, but it's wildly disingenuous to hint that teen drug use is affected by medical marijuana laws. It's a common misconception. It's true that the California medical marijuana program is a leaky affair with cannabis flowing profusely out the back doors of dispensaries. It's a good thing to avoid that, but let's not mislead our constituents, Sen. Savino.

Marijuana use actually fell among seventh-, nine- and 11th-graders in California between 1996, when medical marijuana became legal, and 2008, according to statistics compiled by the Marijuana Policy Project. After medical marijuana became legal in California, the state commissioned a study to examine how the new law was affecting teen drug use. The results showed that teen marijuana use had dropped, and the study was never published.

Federal statistics from medical marijuana states show that cannabis use has dropped in almost every one of them since the 1990s. It baffles me how people can continue to blindly covet the fear that medical marijuana laws will get teens to smoke pot. It's the medical cannabis version of global warming denial. I've heard police propagate this lie in public forums. It's shameful.

I'm sorry America, but teens get marijuana from their friends, some of whom are known as "pot dealers." These "pot dealers" are putting drugs in your teens' hands, not dispensaries.

Edibles, vaporizing, tinctures and waxes are all more dangerous to teens than smoking. I smoke cannabis, and it's kind of self-limiting. I could never sit and smoke 50 doses of cannabis at once, because my lungs tell me to stop. But I could easily swallow 50 doses in about two seconds.

New York is also killing off the opportunity for business growth by allowing just five companies to control the entire network from growing to extracting to selling. That lack of competition will almost certainly lead to trouble—lower quality and higher prices among them.

Anyway, I'm not convinced New York is a victory. It's a baby step in the right direction at best, a largely harmful roadblock that will keep hundreds of thousands of New Yorkers buying black market marijuana—the kind they're buying now. The law stifles business, propagates myths and ensures at least one exact thing that it claims to prevent—teens having easy access marijuana.

Somewhere in New York, a pot dealer is smiling today. 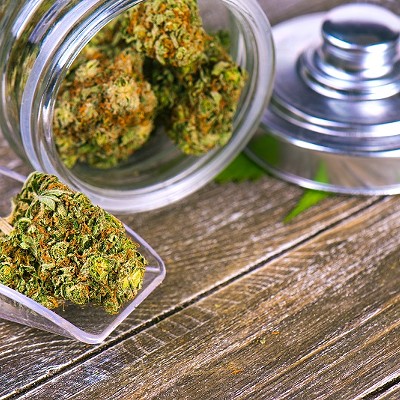