Tim Burton directs this enjoyable black and white stop-motion animation based on his own short film about a family dog being resurrected ... FRANKENSTEIN STYLE (It's based on a short film Burton did 28 years ago).

While the story isn't especially electric, the art direction is superb and there are enough good laughs to make it worthwhile. Also worth noting: Winona Ryder voices a young girl character who looks suspiciously like Lydia, her character in Burton's Beetlejuice.

Other voices include Burton alumni such as Catherine O'Hara and Martin Landau, once again utilizing his Bela Lugosi voice from Ed Wood. A finale involving a giant, Gamera-like turtle and rabid sea monkeys gives the film a nice retro-horror feel.

With this film and ParaNorman, 2012 was a good year for stop-motion. I would have to give a slight edge to ParaNorman, because that one felt so fresh and new. This one has Burton up to his old tricks. His old tricks are still fun tricks, but they are old tricks just the same.

I like this one a little better than fellow Weekly critic Colin Boyd, who said the stop-motion was "sub-par." I actually think the art of this film is quite good. It's the scripting that makes it a little flat at times.

SPECIAL FEATURES: There's a fun look at the Comic Con exhibit folks were able to visit last year. You also get a behind-the-scenes look at the London production (I'm always surprised by the size of the sets for these films). Best of all, you get the original live-action short starring Shelley Duvall, Daniel Stern and a very young Sofia Coppola.

Timothy Olyphant has found himself a career-best role as Raylan Givens, a U.S. marshal with a good heart who won't mind shooting you if you are being a real dick. If you cross this guy, it's pretty scary. If you are pals with this guy, he's a real charmer.

The third season lost a little steam after the powerhouse that was season two, but it was still very entertaining. Raylan's chief adversary, besides crazy hometown drug dealer Boyd Crowder (the always good Walton Goggins), is the hellbent, crazy yet somewhat cool Robert Quarles (Neal McDonough), a Detroit criminal coming to Raylan's Deep South turf to do some bad, bad things

McDonough's nasty guy is a fun one, but not nearly as cool and scary as season two's criminal matriarch, Mags (Margo Martindale).

Happily, Jeremy Davies gets plenty of screen time as the slimy Dickie Bennett (a role for which he took home an Emmy). And Mykelti Williamson is a fine addition as restaurant owner Ellstin Limehouse, who is doing more than cooking up crawdads.

Season three kicked off Jan. 8 on FX and continues Tuesday nights at 10. It looks like they are breaking format this time out, or so say the series writers. There might not be a new, main villain who lasts the whole season this year. That said, there will be plenty of Raylan Givens not taking any crap, and that's good enough for any TV show.

SPECIAL FEATURES: You get some audio commentaries with random stars and crew (Olyphant shows up, for one). There are deleted scenes, a gag reel and some behind-the-scenes docs.

This riveting cop thriller features strong work from Jake Gyllenhaal and Michael Peña as L.A. cops who get themselves in a lot of trouble with a drug cartel while on the job.

This one was written and directed by David Ayer, who is no stranger to cop dramas. He wrote Training Day and directed Street Kings, another film about the LAPD. He also directed Christian Bale, quite well I might add, in Harsh Times. End of Watch proves to be his greatest achievement.

I was a little worried this was going to be a found-footage film (a genre I am beginning to hate) when Gyllenhaal's character starting filming stuff for some project. His footage plays into the film a little, but this is mostly a straightforward narrative without that particular gimmick.

The supporting cast includes Anna Kendrick as Janet, Gyllenhaal's gal pal, while America Ferrera is good as a fellow officer. There's also Frank Grillo, so good in last year's The Grey, as another officer.

Universal tried to build some Oscar buzz for Gyllenhaal and Peña toward the end of last year, but failed to get them any nominations. The campaign made sense, though, because these guys elevate this beyond a decent thriller into something quite memorable.

Up next for Ayer? A movie called Ten which is another drug cartel/cop thriller starring some dude named Arnold Schwarzenegger. Looks like Ayer is sticking close to home with his future topics.

SPECIAL FEATURES: Ayer provides a good commentary. You get five behind-the-scenes featurettes and some deleted scenes. 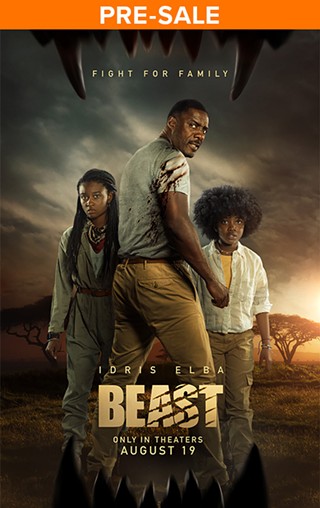