John Schlesinger followed up his classic Midnight Cowboy with this milestone film about a love triangle between two men and a woman. One of those men is a gay doctor played by Peter Finch, a role that netted him his first Oscar nomination for Best Actor, and it was well deserved.

Released in 1971, the film was one of the first to treat homosexuality as uncontroversial. The doctor and his male lover have a very comfortable relationship free of scrutiny and the sort of stereotypical negativity that plagued cinema of the time (and, oddly enough, still occasionally plagues cinema today).

The lover is played by Murray Head, who is also having an affair with a divorced woman (Glenda Jackson). There are some minor jealousies at play but, for the most part, the three accept the situation for what it is. The Jackson and Finch characters love the Head character, and he isn't all that interested in having one partner. So it goes.

Finch is great here, perhaps better than he was in Network, the role for which he won a posthumous Oscar. Many think that his Oscar was payback for losing in '71. He has a remarkable moment at the end when he breaks down the fourth wall. He also has a kissing scene that is considered a landmark in gay cinema. Just a straightforward, happy kiss between two men who like each other, a remarkable cinematic moment for its frankness. It's just a kiss.

The film is a mighty beautiful one, with a serene soundtrack and sumptuous camerawork. It has some of the surreal aspects seen in Midnight Cowboy, minus the shock. Schlesinger just wanted to make a positive, if complicated, love story with this movie, and he succeeded on all fronts.

SPECIAL FEATURES: Some terrific, recently filmed interviews and a look at the historical significance of the film.

When watching this again, I got to thinking that male strippers have done so much better at the movies than female strippers. Men get this almost cerebral treatment when they take their clothes off, and they also get cleverly funny stuff like The Full Monty.

Channing Tatum, having a terrific year, stars in this stripper tale, lightly based on his own story before he became a big actor type. It's funny, and even a little dark, thanks to the work of one Steven Soderbergh, a director who rarely has a misstep. Matthew McConaughey is also on hand as the mentor to the strippers and, I must say, is the best-looking dude in this movie with his shirt off. Sorry Channing ... Matthew is in killer-diller shape!

It's a fun watch, but ladies, don't rent this one thinking it's proper for a bachelorette party. It's an actual movie with drama and lines and stuff in it. If you are looking for straight-up dancing naked male dudes, you might have to opt for calling up the real thing.

This is a good vehicle for Tatum, who gets to show off his comedic, dramatic and dancing chops—as well as his butt—in one movie.

SPECIAL FEATURES: All you get is a featurette of the dance sequences, some extended dance sequences and a quick behind-the-scenes look. Virtually nothing went into this.

If you own the Blu-ray that came out five years ago, you don't really have to invest in this one. A purchase here would be a double-dip for collectors.

This is, of course, the story of Deckard (Harrison Ford) a "Blade Runner" tasked with taking out some renegade, artificial humans called replicants. It all leads up to one of the best screen fights of all time, with Rutger Hauer's mad replicant Batty going toe-to-toe with Ford ("Yeah ... that's the spirit!").

This set has many versions of the film, including the theatrical version, director's cut and final cut, which director Ridley Scott states is his favorite. That's probably because it contains a few more winks toward Harrison Ford's Deckard being a replicant. The idea of Deckard being a replicant apparently pissed off Ford, to the extent that he has called the film one of the more frustrating experiences of his career.

Scott has a sequel to Blade Runner in the works, having enjoyed his return to science fiction with this year's Prometheus. No word on Ford being in the new film, although I would doubt it due to his general disdain for the franchise and Scott.

SPECIAL FEATURES: You get all of the stuff from the five-disc edition released five years ago, with Scott's commentary and extensive behind-the-scenes featurettes, including screen tests, deleted scenes, production details, etc. As for new stuff, you get a new gallery with stills, Scott sketches and more. You can also buy the fancier boxed set that includes a bigger booklet and toy. 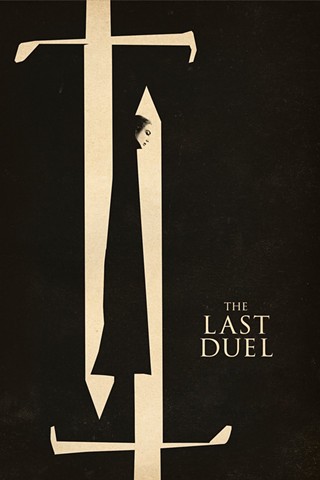