This year flooded us with more new music than we can hope to listen to, but the Weekly's intrepid music writers—Jeff Gardner, Christopher Boan and Eric Swedlund—are here to curate a list of the best that reached their ears in 2018.

How to Socialise & Make Friends

Australian trio Camp Cope grabs a fistful of garage-punk, a fistful of bubblegum-pop and a fistful of folk and braids those strands together into a glorious fun and endlessly catchy style. The second record from singer-guitarist Georgia McDonald, bassist Kelly-Dawn Hellmrich and drummer Sarah Thompson, How to Socialise & Make Friends is a jolt of energy, with sing-along anthems brimming with righteous anger, feminist critiques and introspective determination. —Eric Swedlund

Vile reminds the world why he's one of the best slingers of the six-string and banjo in his latest album, with the first track (Loading Zones) ripping a Byrds-esque guitar riff from the opening notes, delivering a pulse-pounding three-and-a-half-minute tour de force of a single. The 13-track LP is full of high-quality tracks, with "Check Baby" serving as an anthemic track that's sure to get you where you need to go. Even the album's slower tracks, like "Bassackwards" and "Bottle it In" are toe-tappers, illustrating the overall quality of Vile's seventh album. It was a tall task for the act, following up 2015's b'lieve I'm goin down..., but the Philadelphia native does just that. There aren't any surefire radio hits on this one, unlike the indispensable "Pretty Pimpin" from the 2015 LP, but this album features a better top-to-bottom list of tracks than anything Vile's released in the past. Bottle It In is the clear top album of the year, in my opinion, with Vile once again showing why he's one of the brightest stars in the alt-rock galaxy. —Christopher Boan 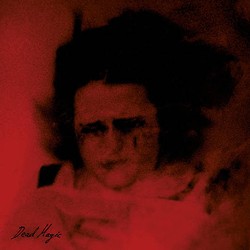 Certainly the best organ-based album released this year, Dead Magic by Swedish singer and composer Anna von Hausswolff picks up right where Nico's Desertshore left off: looming medieval drones, haunting vocals and beautiful ambiance. With some tracks reaching over 10 minutes long, Dead Magic is immense, but intricately weaves together multiple genres. Hausswolff's music is expansive yet claustrophobic, ethereal yet dense, like a thick fog or a hallway of velvet curtains. Perfect listening for autumn turning to winter, or for anyone who doubts the power of space in music.—Jeff Gardner 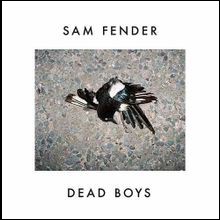 The British artist's debut album includes a badass single, "That Sound," that features the type of jangly guitar that hooked me in instantaneously. The 22-year-old appears to be the next big alt-rock darling from the UK, with a debut LP that is full of solid tracks. Fender's unique voice and rhythmic guitars will make him a household name before long, with Dead Boys serving as a fitting introduction.—Christopher Boan

Part of a new wave of young artists bringing new life to the venerable Matador Records, Lucy Dacus has a remarkable, indelible songwriting voice that belies her youth. The songs on her sophomore record often deal with loss, "but the goal of the album is to find ways out of that darkness," she told the Tucson Weekly in March. "Night Shift" and "Addictions" make for the year's best track-one-track-two combo, Dacus writing with a novelist's sense of detail and singing with an emotional range that takes her lyrics to a new level. —Eric Swedlund

I'll Be Your Girl

The Portland-based quintet's first album in three years did not disappoint, with a series of toe-tapping singles, including "Severed" and "Once in My Life," that are on heavy rotation in my go-to music playlist to this day. Colin Meloy and Jenny Conlee's back-and-forth lyrics are just as good as always, with the act showing its chops on their eighth studio album.—Christopher Boan 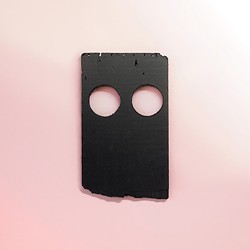 This album is a complete curveball from these once-gloomy alt-rockers. For their 12th album, Low stripped away nearly any musical constraints, diving head first into monolithic canyons of static and longing. For such a unique and trailblazing album, Double Negative possesses a very precise and honed sound: Glitchy vocals linger around ominous drones and blistering compression, but manage to leave room for icy, isolated piano and mellow rock. It's a difficult, hypnotic album, but contains plentiful beauty for those who dare venture.—Jeff Gardner

The British singer-songwriter takes another step away from the earnest folk-punk of his early records, but it's an evolution that takes advantage of his talents, even in a batch of songs that lean heavily political. Turner swings more easily than ever between quiet and loud, throwing in pop touches on "Little Changes" and "Brave Face." But in the end, the album's power comes from the simple message of "Be More Kind." —Eric Swedlund

Joy as an Act of Resistance

In an age where members of The Sex Pistols are now wearing MAGA shirts, Idles step forward and proudly declare "punk is not dead!" Just based on the title, you can guess at what this album sounds like: a rambunctious middle finger to the depressive world we find ourselves in, but not without thought. These English punk rockers discuss immigration, self-hatred, life and death, all while dancing and kicking in the streets. With uncommon song structures and blaringly political lyrics, Joy as an Act of Resistance is progressive punk in both form and function.—Jeff Gardner

A lot of people (myself included) wondered whether Bridges would be able to match the meteoric success of his debut album, Coming Home, with his sophomore release. It's now safe to say that those of us that doubted the 29-year-old Texan were wrong, as Bridges' latest album is an absolute banger. The two tracks that have gotten the most airplay, "Bad Bad News" and "Forgive You," are fantastic, highlighting the once-in-a-generation vocal and musical stylings that Bridges brings to the table.—Christopher Boan

As full of wonderful instrumentals and infectious hooks as this debut album is, it's the character of Paul Cherry himself that is the real drawing point. This indie pop album is filled with upbeat ruminations of the modern world as told by an equal parts geek-Casanova. While one song ends with an obsessive lady leaving a voicemail asking for a second date, another song describes Cherry crying onto the screen of his phone. Flavor harkens back to the jazzy sophisti-pop of the '80s, but freshens it up with modern production. This is pop for the internet age. —Jeff Gardner

A Strange Journey Into the Unimaginable  Hip-Hop

Personal vulnerability isn't the most typical subject matter in hip-hop, but Murs has never been a typical rapper. The songs on Murs' latest deal with divorce, death, depression and grief, and his journey in processing all that pain. "It took me years to get to this point where I don't want to die every day," he raps on "Melancholy." As the record progresses, Murs finds a way to grab onto a little bit of a brighter future. —Eric Swedlund

Musgraves' debut Same Trailer Different Park made her a country star. Pageant Material pushed her crossover appeal. Golden Hour has made Musgraves a star with universal appeal. Musgraves has the talent to shine across genre boundaries, and the record swings from '70s rock of "Lonely Weekend" to the dance-pop of "High Horse" to the somber folk of the title track. —Eric Swedlund

Dawes knocked it out of the park with their latest release, which hit the streets in June. The two singles on the album, "Living in the Future" and "Feed the Fire" are phenomenal, and it's clear that the band's act is far from stale, with a series of driving songs that will remind you of the Laurel Canyon Sound of old. It's hard to pass up a wall of wailing guitars, mixed in with Taylor Goldsmith's dulcet tones, and Passwords shows why the L.A. quartet can hold its own in a crowded alt-rock scene. —Christopher Boan 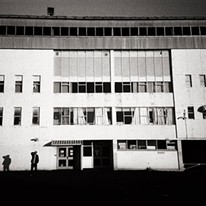 Easily the best hip-hop album to ever come out of New Zealand, and perhaps the only one, as far as I'm aware. Taking cues from To Pimp a Butterfly, this album beautiful mixes jazz with rapping, so much so that there's hardly a hip-hop beat on this album. Singer Tom Scott uses these mellow, jazzy instrumentals to tell stories classic to the genre (drugs, poverty, hometown pride) but also speaks of things quite unique to the genre (water rights, his son's laughter, tea). A fantastic listen for anyone seeking wonderful storytelling, stellar brass-work, or a hip-hop album truly unlike any other. —Jeff Gardner