No Time to Say Goodbye 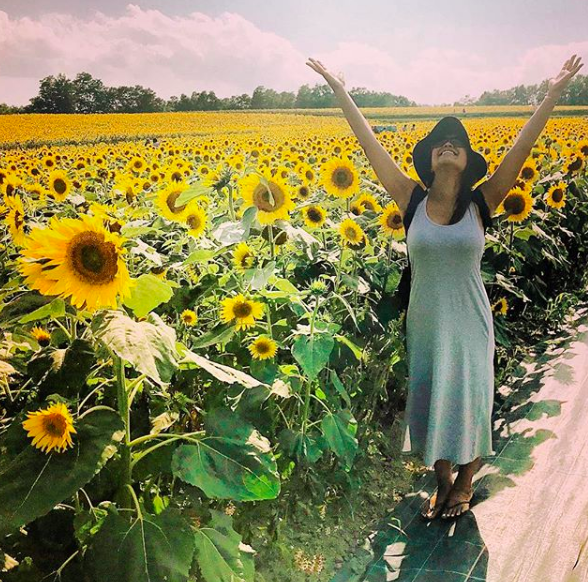 Now That You Know, What Will You Do?

Understand the warning signs of DV (available at emergecenter.org) and suicide:

Looking for a way to kill themselves

Talking about feeling trapped or in unbearable pain, or talking about being a burden to others

Increasing the use of alcohol or drugs

Acting anxious or agitated; behaving recklessly; extreme mood swings; sleeping too little or too much; withdrawing or isolating themselves

For more resources, check out emergecenter.org/untoldstories

My friend Mitsu was a beautiful person, inside and out. Originally from Japan, she was living and studying to be a nurse here in the U.S. She was someone who personified compassion, goodness, and had so much to live for.

I’d first met Mitsu about six years ago in Washington, D.C., during the annual Cherry Blossom Festival. At the time, I was working for a Japan-related educational foundation, and we were recruiting international students for our affiliated school in Tokyo. One of our colleagues could not make it that day, and our booth was short-staffed. Without hesitation, Mitsu jumped right in and started helping us out. Although she had no connection to our foundation or school, Mitsu happily insisted on doing whatever she could do for us. Of course, with her cheerful personality and wonderfully resplendent kimono, she drew many more interested applicants than we could have ever hoped for.

Mitsu and I kept in touch over the years, but one day she told me she’d decided to move to Hawaii. It was not an easy decision for her to make, because she had a full life and many friends in D.C. Nonetheless, she felt a duty to her aging parents, as their only child, to be closer to her home country of Japan.

Not long after, I was surprised to learn from Mitsu that she had a fiancé, as she hadn’t been dating anyone previously. However, she seemed to be happy, and the two of them took a number of different trips together. From their photos, he looked like a friendly, outgoing, athletic type. As she loved to travel and explore the outdoors, I took this as a positive indication that she had found her compatible life partner.

Despite feeling happy for her initially, I was alarmed to hear later from Mitsu that she was the victim of physical and emotional abuse. Her fiancé was prone to angry and violent behavior after bouts of heavy drinking, and took it out on her. They had purchased a condo together in Hawaii, so she felt socially and economically trapped by their financial ties. Mitsu was trying to figure out how to deal with the situation and was extremely scared to try and leave him. She wanted to go back to Japan, but was paralyzed by her sense of fear and shame at her terrible situation.

I tried to assure her that none of that was her fault, and that no one deserved to suffer from verbal or physical domestic violence. She had a few friends there, but none she could stay with for more than one or two nights. I promised I would try to help her find an attorney in Hawaii that specialized in domestic violence cases. This support seemed to give her some respite, and she thanked me for helping her.

I didn’t know it then, but that would be the last time I ever heard from Mitsu. I reached out to friends in Hawaii and got the contact of a highly regarded attorney. I sent her the information, but never heard back. Finally, about three weeks later, I heard from Mitsu’s cousin that she was gone. As it turns out, she had taken her own life just one day after she and I had last talked. I can only imagine the relentless pain and suffering that she must have been feeling in those last few hours.

As a result, there was no case to follow up with. Since no charges had ever been filed against her fiancé, the police did not have anything to go on. As saddened and shocked as I was at the sudden loss of my dear friend Mitsu, what hit me the hardest was that I hadn’t been able to do anything at all for her in the end. Now it was simply too late, and I felt I’d blown it.

While I know on a rational level that there is nothing more I could have done, part of me still blamed myself for not being able to prevent her pain and loss somehow. I felt like I had completely let Mitsu down in her time of greatest need, and there was simply nothing I could do to change that awful realization. I felt very angry, sorrowful, and guilty all at once.

Fortunately, I was able to admit to others that I was dealing with this intense grief and needed support. I also started seeing a behavioral health therapist at a local public health clinic, who has helped me immeasurably to understand and work through my own complex feelings of anger, pain, and sadness around the loss of my good friend.

Although I will sadly never see or talk with my friend again, I know that her radiant smile and lovely compassion for others will never be dimmed, as she lives on in the work that we all do collectively to make the world a brighter place in our own communities. I have since dedicated myself fully to this work here in Tucson as a way to celebrate Mitsu’s all-too-brief time here on earth, and the amazingly positive legacy she continues to leave behind with us, even now.