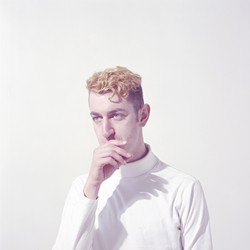 Chrome Sparks (CS) explore and refract intellectual ideas and their resulting emotions with chopped up, sampled and synthesized sound collages. Sounds boring, but wait! Their song "Marijuana" is hardly some sleepy stoner fist-jacker, rather it simulates the euphoric, often overwhelming effects of THC itself, enlisting Dr. John-y voodoo chants backwards—this is your brain on drugs, kids! "Still Think" ain't just a nostalgic love ditty, rather it examines the qualities of memory itself, juxtaposing melodies and beats both light and whimsical, with heavy impossible-to-escape breaks. This is IDM for psych warriors keen to involve their head, heart and body in everlasting pursuit of groove and schtupp. Chrome Sparks is Brooklyn's Jeremy Malvin. At 22, CS already has five albums of stuff. And he doesn't just regurgitate samples—he sings, plays guitar and synth, then chops up and samples original material too. His Spotify playlists betray deep knowledge of international electronica and obscure-o jazz. Dude's got time and tech on his side. Welcome to the futuredome. With Teen Daze. Saturday, Jan. 19. 191 Toole. Doors at 8 p.m. $15. All ages. 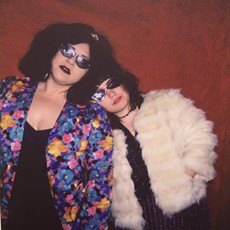 Planet What. Planet What mixes surf, garage and singsong punk to cook up some bittersweet, modern grrl birthday cake. For years this trio has been central to the Tulsa indie scene—in bands The Daddyo's, Who and the Fucks and The Girls Room, and contributions to zines, bookings, and multi-genre art shows. Planet What is the evolution of these experiences. Surf tones contrast haunting, Breeder-like melodies on tunes like "Kelly 33" while "Lemon Lime Looker" plays up potential energy, a sparse-fuzz guitar lick gives to trashy symbols, killer monodynamic vocals and scathing words directed a phone-loving phony. Fuzzed-up and noisy, the recent Maggie Fingers EP alludes to Kim Deal's work, continues past '90s nostalgia towards a wistful mix of anger, hurt and longing. In short, and without getting political, Planet What's sonic stew well-reflects the frustrations and desires of being a kickass woman in Donald Trump's America. With Alien Jacket, Vasectomy and Sauced Up! 2448 N. Estrella Ave. Tuesday, Jan. 22. 7:30 p.m. All ages. Donations encouraged.

Flor de Toloache. Four New York women of varying musical and ethnic backgrounds may be the pre-eminent mariachi quartet working today. That's saying something, man. In 2017, Flor scored the Latin Grammy for best Ranchero album, but that ain't really shit because this is about the music, not the hype. Soaring vocals over traditional and modern arrangements reveal a nuanced understanding of not only the history of mariachi but their place in it. Like Susana Baca or Lila Downs, these women celebrate their feminismo without ever sacrificing their vulnerable, nurturing sides. As brazen and confident as any dude player, these flores infuse the genre's already rich emotional palette of romance, nostalgia and longing with delicate strengths of a woman. If Ranchero ballads are a workingman's blues, then Flor de Toloache is the love letter back, filled sweet recuerdos, fierce loyalty and the pain of raising a family across the border from the one you love. Tuesday, Jan. 22. 191 Toole. Doors at 7 p.m. $14. 21+. 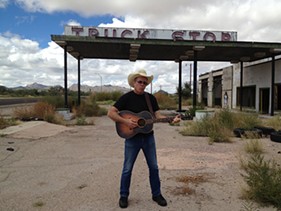 Tom Russell. His life and music exemplifies, defines and inspired the so-called "Americana" genre. But don't hold that against him. Born too late to be a Beat, he nonetheless played music for a Puerto Rican circus, was an ex-pat in Norway and carried on a decades-long friendship with Mister Charles Bukowski. Oh, and he penned one of Dylan and Springsteen's favorite tunes in "Gallo del Cielo" and has been covered by the Man in Black. (He even earned a journalism award for writing eloquently of Cash's place in musical history.) Russell's is a tale of curiosity, perspective and American landscape perspective. The shit of the greats. Russell can exist both as a rugged romantic while artfully re-creating the experience across songs, paintings and books. Kind of a weirdo, then. On his latest, Folk Hotel, Russell is sparse and understated, introducing a wild cast of characters and spinning stories of the dying America mythic, that which perhaps only ever existed in the minds of those blessed enough to see it. Thursday, Jan. 24 at Hotel Congress, 211 E. Congress. 7 p.m. $30. 21+.