Silent Planet. Yes, it's Christian metal core. Named for a C.S. Lewis quote, they address war and atrocities from the perspective of the victims, with the filter of hope that god exists. This is not to say they can't and don't rock, even without all the fun (no sex and drugs). This Azusa, Calif. foursome have been grinding multi-layered head-bangers for a decade and their proficient enlistment of thunder drums, screamed and spoken word and furious guitars make for bloody battle scenes on venue dance floors everywhere. Like System of a Down, SP uses distinct movements within each song to churn and texture rhythms, emotions and chest-hair sweat together. Their focus is on death and pain, and a resolve, with every one-four-five chord progression, not just on the circle of fifths but on the wheel of life itself. This is smart, angry, karma-burning din, which channels chaos and unleashes the fury (not the filth!) that exists when the man upstairs has his eyes closed. With Comrades and Tigerwine. Friday, June 20. The Rock, 136 N. Park Ave. Doors at 6:30 p.m. 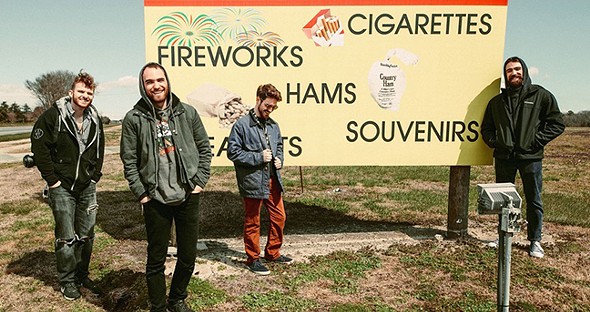 Save Face. Like a graphic novel depiction of human folly, save face draw bold outlines, pen quirky lyrics and hold a mirror to modern-age pitfalls. In the fist-pump Epitaph Records tradition of The Weakerthans, New Jersey's Save Face straddle lines between funny and gut-wrenching, "Are you bored or just preoccupied?" While fans of pre-millenial indie will likely find singer Tyler Povanda's delivery somewhat cartoony and overwrought, closer listens reveal for all his broad emoting, his intention is sincere, at times thought-provoking. The relentless power-chording and percussive drum/bass recall The Dismemberment Plan when they're good, or woefully overlooked '90s band The Cunninghams, steering listeners through hyberbolic nightmares and suburban mundanities with aplomb. And their "Heartache" is the best power-pop song of the last decade, easy. With Prince Daddy & the Hyena. Monday, July 23. Club Congress, 311 E. Congress St. Doors at 7 p.m. $10-$12, 16+. —B.S. Eliot 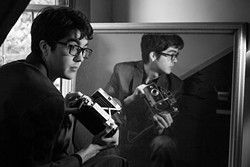 Car Seat Headrest. In 2011 Will Toledo penned his heart out. The tunes, raw and painfully adolescent, particularly in their first-person accounts of a small-town Virginia gay boy, "I never came out to my friends on Skype ... I laughed and I changed the subject," earned Toledo a sizable cult following. Twelve albums (!) and a Matador Records deal later, Toledo returned to his beloved debut, with a full band and the musical know-how to see his songs through. Filled with hard-won grace, the Twin Fantasy album is vital and relevant account of silent suffering many of us do even while scrolling social media. Still searching but now well-worn, Toledo's scratched-up voice carries the ghost of Elliot Smith and even Nick Drake, nestled in a sweetened swirl of post-Sonic Youth guitars and staccato down beats. And still the brutal honesty, with rising hope prevails: "One day we won't be alone." With Naked Giants on Monday, July 23. 191 Toole. Doors at 7 p.m. $15-$17. All ages. —B.S. Eliot