Nick Lowe: Quality Street: A Seasonal Selection for All the Family

Nick Lowe's take on a Christmas album is refreshing and unique, with a shot of personality and an eye for what truly animates the season.

Those who love "Fairytale of New York" have a new round of Christmas songs to cheer. In a genre so saccharine, overwrought and predictable, Lowe's touch as a songwriter and arranger—witty, honest and even a bit tender—makes for an album that gives the cynics something to enjoy, as well as winning them over.

Part of his goal is right there in the title: Quality Street: A Seasonal Selection for All the Family. There are sweet songs and strange songs, songs that reflect traditions both biblical and secular, songs that recall childhood and those for harried adults.

Quality Street opens with Lowe giving a rockabilly shuffle to the traditional black spiritual "Children Go Where I Send Thee," a burst of holiday joy more fitting for barstools than pews. Roger Miller's "Old Toy Trains" is pure nostalgia, a wistful look back on when Christmas mornings were for hang-wringing, near-sleepless anticipation.

But the real gems are Lowe's new originals—the rollicking travel misadventure tale "Christmas at the Airport," an imagined conversation with Jesus in "I Was Born in Bethlehem," and the Ry Cooder collaboration "A Dollar Short of Happy," a slinky bit of holiday blues.

Quality Street captures much more than a single notion or feeling of the holiday season. In Lowe's hands, a Christmas album has the ability to capture the season, in all its schizophrenic glory.

Seven Great Things to Do in Tucson This Holiday Week: Monday-Thursday Dec. 24 to 27 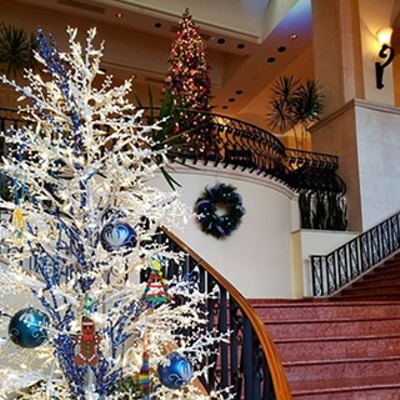