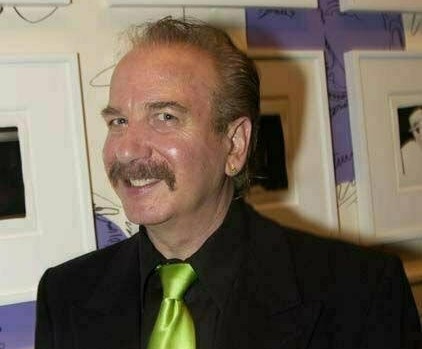 Courtesy
Mark Bego will take you on a gastronomic journey alongside your favorite musicians.

It is a truth universally acknowledged that a rock star in possession of a successful career must maintain a diet of only cigarettes, bourbon and drugs. But Tucson local and music biographer Mark Bego challenges this notion in his new book, Eat Like a Rock Star.

Since the late '70s, Bego has authored 62 books documenting the careers of famous musicians and actors, including Michael Jackson, Whitney Houston, Madonna, Will Smith, Leonardo DiCaprio and more. With this work comes access to their private lives, including their favorite foods and recipes.

"It's more than just a cookbook," he said. "These musicians gave me the recipes themselves and we had lengthy discussions about them."

The book's concept started in 2012 when Bego worked on a 50th anniversary magazine for The Supremes. The layout had a bit of room at the end which needed filling, so Bego asked his life-long friend and Supremes singer, Mary Wilson, if she had any recipes to fill in the extra space. Bego enjoyed the look of the finished recipe articles so much that he decided to work on an entire book of them.

Eat Like a Rock Star features over 100 recipes from music greats such as Ray Parker Jr., Martha Reeves and Boz Scaggs. In addition, there are also recipes from members of The Village People, 'N Sync, Styx, The Monkees, The Rolling Stones, Boyz II Men, Chicago and more.

Beyond the recipes themselves, the book also contains personal stories from when Bego first met the celebrities, and quotes from the celebrities themselves about why the recipe is so important to them. Some of the foods are even representative of the musician's life and style, including a soul food recipe from R&B singer Martha Reeves.

"Martha told me, 'Do I have a recipe for you! Turkey mash and lima beans,'" he said. "And for a second there was a silence on the phone, because that did not sound appetizing to me. But I was actually surprised at how great it was."

This music/food connection also happened when Bego told Mary Wilson of The Supremes was planning on a caviar recipe for the book, and she jumped at the opportunity to have it be her recipe.

"A dish like caviar is definitely 'Supremes' quality," he said.

When Bego spoke to Debby Campbell, oldest daughter of country superstar Glen Campbell, she offered up the Mexican tortilla chicken casserole recipe she and her dad always used to eat together. This Southwestern dish was perfect for the singer of "By the Time I Get to Phoenix" and "Rhinestone Cowboy." And in a fun twist of fate, it can even be made with a can of Campbell's Soup.

Many of the musicians were quite specific about their culinary cravings, Bego says, and this lead to him taking the recipes a little more seriously.

"I actually stayed away from asking Snoop Dogg for a marijuana brownie recipe," he said. "It was too obvious."

Bego gathered the recipes over the course of five years, from 2012 to 2017. This process involved calling up friends and acquaintances from throughout his career, as well as chatting with musicians at parties about their favorite foods.

"In my line of work I'm invited to many special events," he said. "And I'd casually ask people at these parties. I think it's funny, I can do better business at a cocktail party than I can at a business meeting."

Bego mostly made the book right here in Tucson. It contains over 100 recipes, all of which required different plates and silverware, according to the style and aesthetic of the dish and musician. Bego cooked, arranged and photographed all of them.

"While I was making the book, my living room looked like Home Goods had backed a dump truck into it," he said. "I really brushed up my cooking skills from this. It got to a point where I had a habit of going to restaurants, looking at the foods and thinking, 'yeah, I could make this better.'"

Eat Like a Rock Star published October 17, 2017, and quickly jumped onto the Amazon bestseller list for cookbooks.

"The musicians I interviewed have been happy with it," he said. "It's been a very gratifying experience."