In the nine years since the Tucson shooting, efforts to reduce gun violence have stalled at the national level, although there have been wins in some states. 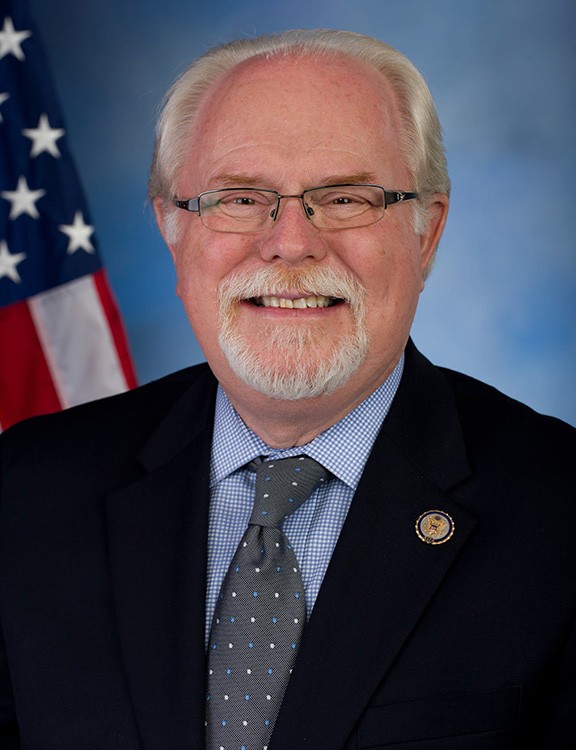 Courtesy photo
Ron Barber: “I think it’s fair to say that until 2019, there wasn’t any congressional action on gun violence since the shooting at Sandy Hook.”
In less than 20 seconds, a gunman killed six people and wounded 13 others, including U.S. Representative Gabrielle Giffords, after firing 33 bullets held in a high-capacity magazine from a semi-automatic pistol, on the morning of Jan. 8, 2011.

In less than 20 seconds, 19 lives were immediately changed and countless others are still caught in the wake left behind after the 2011 Tucson Shooting.

"I think it's fair to say that until 2019, there wasn't any congressional action on gun violence since the shooting at Sandy Hook," said former Congressman Ron Barber, who was also shot twice during the 2011 Tucson shooting at a northside grocery store.

In the wake of the 2012 shooting that killed 20 children and 6 adults at Sandy Hook Elementary School in Newtown, Conn., the Senate did work on legislation to improve background checks. Then-Sen. Jeff Flake was supposed to help break a filibuster that was holding up the 2013 Manchin-Toomey Agreement, a bipartisan comprehensive background check bill, but flaked out just before the vote and the bill failed, according to Barber.

But in 2019, once Democrats retook the House of Representatives, they passed a comprehensive background check bill.

The Bipartisan Background Checks Act of 2019, which passed the House of Representatives last February, would establish new background check requirements for unlicensed individuals to sell a firearm. However, the act wouldn't apply to certain firearm transfers, like a gift to a spouse.

"That bill languishes, like 300 or more other bills that sit on Mitch McConnell's desk, unlikely to get a hearing anytime soon," Barber said.

While gun control on a federal level is seemingly at a standstill, multiple states like California, Connecticut, Illinois, Massachusetts, New Jersey, New York and Virginia have invested a record amount of $132 million toward violence intervention and prevention programs, according to the Giffords Law Center's 2019 Gun Law Trendwatch. In addition, the report states 137 gun safety bills have been signed into law in 32 states and the District of Columbia since the Parkland Shooting in 2018.

The state hasn't passed much gun safety legislation since the 2011 Tucson shooting (or before). On April 16, 2010, former Arizona governor Jan Brewer signed SB 1108 into law, which allows anyone over the age of 21 to carry a concealed weapon without a permit.

"We have permitless carry and weak concealed carry requirements and our state preempts local communities," said Meg Pradelt, advocate for Gun Violence Prevention Arizona. "Most of the 'bad bills' that have passed or been defeated (in other states) this year have already been passed in Arizona."

Pradelt said numerous Arizona gun safety advocacy groups have tried to get state lawmakers to introduce legislation similar to other states with stronger gun regulations, but those bills never get as far as a committee meeting.

"However, we end up playing defense against such things as allowing loaded weapons on school grounds, which we defeated this year," Pradelt said, referring to Arizona House Bill 2693, which was rejected by state lawmakers last year.

Even though Arizona lawmakers have failed to pass any gun safety measures in more than a decade, legislators did pass SB 1468, the Schools and Suicide Prevention Bill. This bill requires mandatory training in suicide prevention, and knowing the warning signs of depression and mental illness that could lead to suicide, to all staff working for any Arizona school in 2020.

In 2017, suicides accounted for 60 percent of all gun related deaths, according to the Centers for Disease Control and Prevention.

Barber also points out the Tucson City Council passed an ordinance requiring background checks on all gun sales on city owned or managed properties in 2013. The ordinance has all but stopped gun shows within city limits, said Barber.

When asked if the federal government was doing enough to curb gun violence, Pat Maisch, who became a gun-safety advocate after she helped take down the Tucson shooter in 2011, answered with a resounding "Fuck no! Nothing has been done of any consequence since Columbine."

Maisch was responsible for grabbing the clip dropped by the shooter while trying to reload his Glock 19 semi-automatic during the Tucson shooting. Moments later the shooter was tackled and the gun knocked from his hand.

"People have told me 'Oh, God had a plan...things happened for a reason on Jan. 8,'" Maisch said. "I tell them 'Yes, you are right, and the reason is a young man that was a danger to himself and others had easy access to a gun.'"

She acknowledges the Tucson shooter had mental health issues but Maisch says she doesn't believe mental health is the root cause of mass shootings and gun violence. In Maisch's opinion, the number of guns per person in the United States is the culprit.

"If guns were the answer, this would be the safest country in the world," Maisch said. "We have more guns than anybody and we're probably the least safe."

After working in the mental health field for 32 years prior to working on the Giffords campaign, Barber says it's a statistically small population of mentally ill people commit violent crimes. The rest are far more likely to be taken advantage of by someone or be a danger to themselves.

"While the mental health argument isn't without some merit, I think it's overstated in a way the NRA can divert our attention from the proliferation of guns," Barber said.

Repeated requests for comment from the National Rifle Association were not answered as of deadline.

In Barber's opinion, the nation will see real movement on gun violence prevention legislation if Democrats can take the Senate and the White House in 2020.

"I'm so sick and tired of the 'Thoughts and Prayers' that come out of the mouths of elected officials when we have a tragedy," Barber said. "It's not enough. We need people to hold our elected officials accountable for their inaction."