Date Night is far from Steve Carell and Tina Fey's best work. (I mean, it actually has a scene with Fey dressed as a hooker while Carell performs a robot sex dance on her. Really.) Still, Date Night provides the two comedy greats with enough fuel for laughs to get through its 88- minute running time.

Is that high praise? Shit no, but this is the best movie yet from director Shawn Levy, who is responsible for The Pink Panther remake and the lousy Night at the Museum movies. It's nice to get through a Levy movie while mildly laughing, rather than resisting the urge to pile-drive my car keys through my eye sockets.

Carell and Fey play Phil and Claire Foster, a married couple who lead pleasant if somewhat humdrum lives. Their big event most weeks is to get a baby sitter, go to the local steakhouse and make fun of the patrons surrounding them.

After hearing that their seemingly happy friends Haley and Brad (funny cameos by Kristen Wiig and Mark Ruffalo) are getting divorced, the couple decides to take it up a notch for their next date night. Phil promises Claire a night out including dinner at the new, snooty Manhattan seafood restaurant Claw (where they answer the phone "Claw ... you are welcome!" because it's an honor to speak with them).

The couple shows up without a reservation and decides to impersonate another couple who hasn't claimed their table. After a fine meal, two seedy-looking fellows (Jimmi Simpson and Common) ask them to step outside, thinking the Fosters are the restaurant no-shows. This plunges Phil and Claire into a night of car chases, gunfire and strip clubs.

The good news here is that Carell and Fey make a convincing and often funny pair. There is no problem believing these two could be married. Actually, after watching them in this movie, I want them to get married. Steve, Tina: Tell your spouses to screw off, and then you can get hitched! You're just so darned cute.

The film also benefits from a great supporting cast that includes Mark Wahlberg as a mysterious former security guy who refuses to put a shirt on when Phil and Claire come searching for help. James Franco and Mila Kunis show up in a quick but memorable scene as a married couple who are up to no good. James Franco needs to make more comedies.

Best of all is J.B. Smoove as a cab driver who gets his front bumper stuck to Phil's car, resulting in one of the more unique car chases in quite some time. Smoove, who is hilarious on Curb Your Enthusiasm, lets out some classic girlie screams during the sequence, and the moment when he ditches his vehicle got my biggest laugh of the night.

One of the great things about Carell is his ability to render even the most ridiculous characters sympathetic and sincere. You really feel for Phil as he tries in vain to provide his wife with the fun evening she deserves. As for Fey, the woman is terribly funny when she goes into her mean, sarcastic mode; she can tear people down with the best of them. The two provide a nice balance for each other.

Date Night made good money on its opening weekend, so they'll probably make a sequel and wind up ruining a fair thing. Date Night 2 would be unnecessary; instead, I would like to see Carell and Fey in a project that really showcases their talents. As for this movie, it'll do for now.

Date Night is not showing in any theaters in the area. 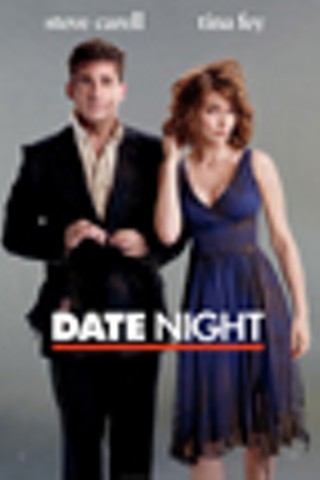