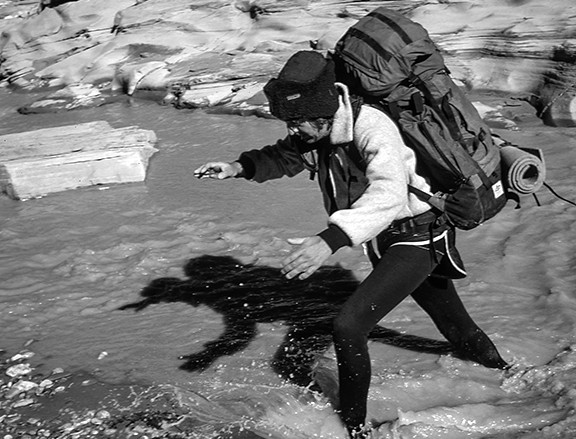 It's hard to believe it's been five years since reporter and author Charles Bowden died at age 69. But even though Chuck—famous for his investigations into the drug trade along the border as well as his environmental writing—is no longer with us, his words are. Thanks to a generous grant from the Lannan Foundation, University of Texas Press is reissuing Bowden's catalog as well as publi shing posthumous works. We're proud to bring you an excerpt this week from Dakotah: The Return of the Future, which is the fourth volume in what Bowden called his "Unnatural History of America." It serves as both a memoir and a reckoning with America's dark past—classic Bowden.

Alongside Dakotah this month, UT Press is also releasing America's Most Alarming Writer, a collection of essays from people who knew Chuck the best. We have a short piece from the book by Pulitzer Prize-winning photojournalist Jack Dykinga, a frequent Bowden collaborator and close friend, whose photos also grace our feature package this week.

Elsewhere in this week's issue: Staff writer Christopher Boan talks with longtime Wildcats fans as the men's basketball team kicks off a new season; contributor Lee Allen takes a ride on the new—and blessedly quiet!—Sabino Canyon shuttle; The Skinny looks at how the dust is settling after last week's city election; columnist Tom Danehy doesn't think it's very fair that trans women can compete against cis women in sports; associate editor Jeff Gardner fills you in on downtown's latest mezcal tavern; Taming of the Review contributor Betsy Labiner is haunted by Rogue Theatre's production of Blithe Spirit; arts writer Margaret Regan looks at two exhibits that examine the plight of migrants around the globe; movie critic Bob Grimm doesn't take much of a shine to Dr. Sleep; music contributor Jim Lipson gets a taste of what the Tucson Musicians Museum is cooking up with the Tucson Kitchen Musicians Association; and there's plenty more going on this week, so what are you waiting for? Get busy with the book.