Democratic presidential candidates are high on the idea of legalizing cannabis 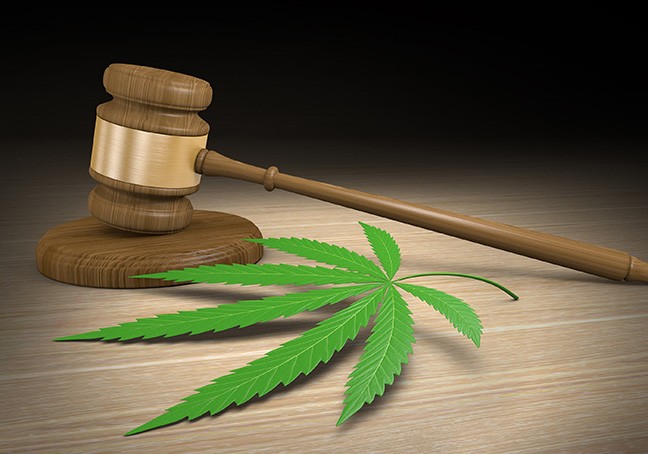 A national bill to end cannabis prohibition has entered the Senate's consideration with a host of 2020 Democratic presidential candidate hopefuls signing on as cosponsors.

Though perhaps a more bipartisan issue than climate change, foreign policy or border security, Democratic primary candidates have been spending a considerable amount of time talking about cannabis legalization.

With widespread support for legalization, especially among the coveted moderate electorate, it seems important for Democrats to establish themselves as the cannabis party. With implications in justice reform and minority rights, it fits right in with the rest of the platform.

Though Republicans have historically had an ideological platform to support cannabis legalization by way of deregulation, adopting the stance threatens losing voters at the extreme end of their base—not a problem for Democrats.

However, now that every Democrat hoping to get elected in 2020 has latched on to cannabis legalization, new problems arise. Chief among those problems is the Democrats' slow uptake on the issue.

While representatives from states that have legalized adult-use cannabis have long spoken in favor of the issue, others haven't warmed up to the idea until the poll numbers indicated they should.

Even Hillary Clinton took a tempered stance on legalization during her 2016 presidential run—a stance not all too different from Donald Trump's: don't interfere with the states and dedicate more research to cannabis. (Of course, that last part was just Clinton.)

But even then, it was too little too late.

Some news outlets claimed Clinton's stance alienated millennial voters (as opposed to Sanders who came out in favor of adult-use cannabis early on).

Other outlets seemed to try and encourage Democratic voters by showing how far Clinton has come on cannabis which, surprise surprise, is long way since the '00s.

Ten years ago, Clinton was calling for increased research into cannabis. That's what we needed then, and that's what we still need now. In order to have a platform against today's prohibitionists, we need good information that we don't have—that candidates don't have.

Harris opposed a 2010 ballot initiative to legalize cannabis in 2010. Warren said she opposed legalization in 2012.

By quickly adopting the issue as means to a presidential bid, Democratic candidates unfamiliar with the intricacies of the cannabis debate are vulnerable to its pitfalls.

Harris, for example, started her argument for cannabis on a New York radio show by stating cannabis "gives people a lot of joy, and we need more joy." While we appreciate the sentiment, this is about more than the amount of "joy" in the world.

Now that prohibitionists have latched on to the schizophrenia link, not easily dismissed without dedicated statistical review, what will the candidates say in response? Surely they're not yet equipped to engage in such arguments if they still think cannabis legalization is about "joy."

Either way, the Green Rush is moving full steam ahead, and Democratic candidates have learned the lesson: if you want Democratic voters' support, support cannabis. Now it's a question of how well they do it.