Yes. Cannabis is more potent these days. Your point is…? 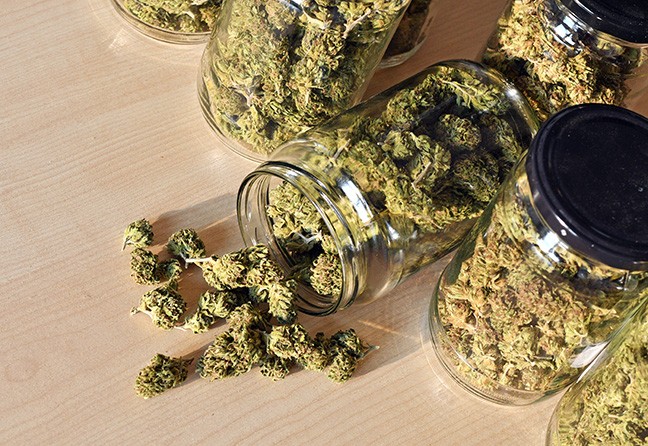 A bill to settle Arizona's cannabis concentrate commotion has passed through its first committee hearing. Though far from landing on the governor's desk for a signture, the bill introduced by state Rep. Tony Rivero would clearly define cannabis extracts as legal in Arizona, putting to rest legal challenges that extracts are "narcotics."

As any diligent prohibitionist would, Yavapai County Attorney Sheila Polk had some choice words for the bill, calling it "irresponsible" and accusing the bill's producers of seeking profit over truly caring about medicine in written comments.

But the argument Polk used that we will discuss this week has to do with potency.

Polk wrote that "the potency level in THC extracts have reached unprecedented levels causing psychosis and harm." We've covered the argument about psychosis in a recent column. The short version is that she may want to rethink using the word "causing" and consider "is linked to."

But the potency argument has long been used to distance Boomers who may have fond memories of Grateful Dead concerts from "today's cannabis." By making the "new cannabis" seem scarier and more dangerous than cannabis 40 years ago, prohibitionists hope to chip away at its popularity.

Indeed, the controversy around concentrates highlights this argument. A new concentrate known as "diamond" is 99 percent THC. Prohibitionists will often compare apple to oranges and cite how cannabis "back in the day" was only five percent THC.

The biggest difference is that obviously flower and extract are not the same thing. You could (theoretically) extract that 5 percent THC from a bud in 1960 and end up with something 99 percent THC, which, if you consumed it, would give you the same amount of THC had you lit the original flower.

This argument becomes downright ridiculous when you compare cannabis to other medicines. Could you imagine someone arguing that aspirin these days is too strong? That we should take pills that are only 5 percent actual aspirin? That people shouldn't consume pure forms of their medicine?

Sure, doctors will often dilute certain medications in hospitals to ensure patients get the right dose. But that's because those medications kill you, whereas cannabis, well, doesn't.

The thing prohibitionists don't seem to understand about concentrates is that people don't decide to smoke a certain weight of cannabis. No one says, "Oh yeah, no matter what it is, I smoke a quarter ounce." So, when people consume concentrates, they consume less.

The actual amount of THC that they consume stays relatively the same.

It'd be like someone who decides they drink 16 ounces of alcohol every night because they like a pint of beer on their way home from work. If some suggests they then try 180 proof rum, they're not going to drink 16 oz.

The fact that cannabis, or specifically THC, is available in higher concentrations than before doesn't mean everyone is getting more stoned. (Though in fairness there are those who really like their concentrates and are getting higher than ever before thanks to science.)

Concentrates give patients control over their medicine. Not everyone has the option of rolling a joint or carrying around a big smelly pipe. Some people need discretion, some need comfort and some are just Americans who have the freedom to choose how they spend their time and money.

Terpene Teachings: UA releases study on the “entourage effect” with an eye to reducing side effects for pain treatment

Back From the Dead: A few good cannabis bills passed into law this month