KQTH FM 104.1 has finally gotten around to doing what most radio stations do when they hire a second local talent: place said local talent in the afternoon-drive slot.

"Our lineup was determined with great input from our listeners, and we can now provide local talk for Tucson at times when they are available," program director Ryan McCredden said in an email, presumably a one-sentence sidestep regarding what actually took place: The station needed to let some stipulations in its contract with Michael Savage expire before it could do what it wanted to do all along.

One of the lessons in introductory radio is that the medium focuses largely on those who listen during commutes to and from work; hence the term "drive time." So, if you go through the trouble of hiring local talent, the first place you want to slot that talent is in the morning drive, from about 6 to 10 a.m.—say, like Jon Justice—and next in the afternoon drive, from 3 to 6 p.m., like Harris.

To the station's credit, it showed a commitment to local talk and saw the potential benefit in a second locally produced show. But when it brought Harris in, it put the show on from 10 a.m. to noon.

So, McCredden's statement means one of two things: Either McCredden isn't a very good program director, because he thought putting Harris on from 10 a.m. to noon was a good idea, and he needed "great input from our listeners" to tell him what most in the business already knew; or the station had to wait for a deal it cut for Savage to run its course. The latter would make sense, considering Harris' transition to the afternoon drive slot occurred immediately after Labor Day, suggesting that Savage's afternoon-drive stipulation expired at the end of August.

Savage was at the center of an odd contractual snafu a few years ago. When KQTH launched the FM talk station, it focused on KNST AM 790, the longtime market format leader, and noticed that KNST hadn't kept the specifics of its deal with Savage up to date. KQTH swooped in and offered the syndicator a better slot. For a time, KNST managed to also keep the show, but had to broadcast it later in the evening. Yes, the same radio show was being broadcast on competing stations at different times.

Eventually, KNST's connection to Savage was severed, and now KQTH can broadcast Savage when KNST originally did—from 6 to 9 p.m.

With the change, KQTH is running syndicated programming from 10 a.m. to 3 p.m. The lineup features the soon-to-be-retired Neal Boortz from 10 a.m. to noon, Laura Ingraham from noon to 1 p.m., and Las Vegas-based talk-show host Jerry Doyle from 1 to 3 p.m. After Savage airs from 6 to 9 p.m., Mark Levin is on from 9 p.m. to midnight.

KQTH has also scrapped its tagline. Gone is "Tucson's News/Talk FM," which McCredden described as "generic" in an internal memo. That seemed like a perfectly acceptable tagline until KNST started simulcasting its product at 97.1 FM. So now there are two Tucson talk FMs, and I guess that could be confusing for lucky residents with ratings books.

The new tagline is "104.1 The Truth, Right Talk for Tucson." That might read OK, but it sounds kind of bulky when you say it. And after all, there is a lot of "saying" in radio; it's sort of the point of the medium. But they did an excellent job of getting "right" in the tagline somewhere. That's very important for conservative talk stations, because, you see, "right" has a double meaning.

This could be one of the most-important reasons liberal talk often struggles by comparison. What can you really say with the phrase "left" in your tagline? "Left talk for Tucson?" What does that get you? It certainly doesn't mean you're "right." It's probably the reason liberals invented that "progressive" catchphrase, hoping they could make headway with some niche terminology, because conservatives have the inside track on that whole double-meaning marketing advantage.

A lot of folks missed out on the UA football team's impressive upset of Oklahoma State on Saturday night, Sept. 8. Beyond the late-game/time-zone issue, many weren't able to see the matchup because the Pac-12 Networks continue to need to work out deals with some major television providers, especially on the satellite front. The DirecTV holdout remains a significant issue.

But in terms of broadcast delivery and production performance, the game came across well and was a definite improvement over conference games broadcast on Fox Sports.

Among the positives: better camera work; better turnaround time for highlights; and the high-definition appearance on cable outlets. Fox Sports was terrible about being a play behind in its highlights packages, and the Pac-12 broadcast eliminated that issue. But that's not going to be an easy task for the producer of UA games, because Arizona implements a no-huddle offense under new coach Rich Rodriguez. But it's there when time allows, and that's a definite positive step. And the camera crew was excellent.

On the glitch front, however, play-by-play announcer Kevin Calabro flat-out missed some important calls. That could have happened due to a number of reasons: poor spotters, a bad television feed (announcers will often watch a game on an in-booth monitor instead of watching what's on the field), an unfavorable vantage point for looking at the field, or bad eyes.

As convenient as it can be to complain about a big dog like ESPN, it's also easier to appreciate what an established network can do—to the point where it's taken for granted. The Pac-12 Networks have a way to go—and I'm in absolutely no hurry to see more field-hockey promos as they scour for advertising—but their UA debut went well. 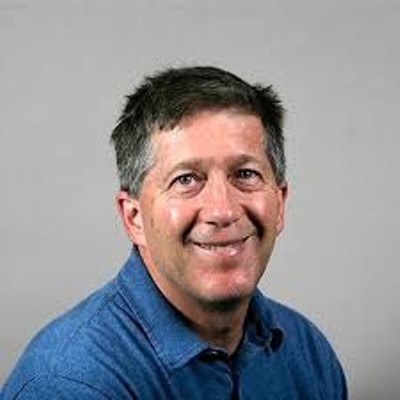