As the cannabis industry continues to expand, so does government regulation 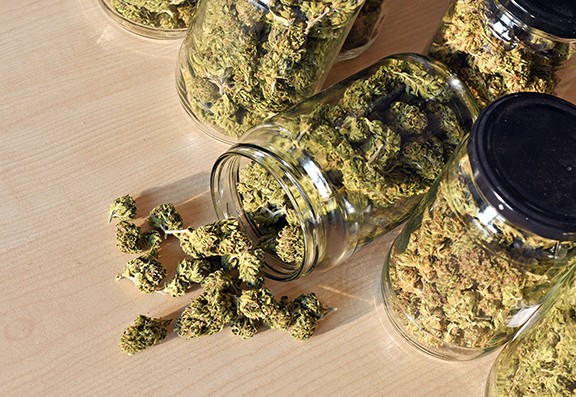 Bigstock
Describe California in whatever terms resonate within your experiences and comfort zone, but when it comes to weed, chances are citizen smokers in that state have been there and done that already.

Medicinal cannabis can be purchased without a valid physicians recommendation or a state-issued medical MJ ID card and adults 21 and over can use, carry and grow cannabis.

And that liberal lean continues to expand as the University of California Irvine's Center for the Study of Cannabis just hosted a Cannabis Awareness Week with the goal of educating students and the general public on the stigma and misconceptions of cannabis via fact-based research on effective use of cannabis plants: The Impact of Cannabinoids Across a Lifespan.

Across the state line into Arizona, life in the seven-leaf-lane moves a bit slower, but year-to-date medical marijuana sales continue to increase, up 40 some percent over 2018 numbers.

Analytical data from the cannabis industry shows yearly consumption of medicinal marijuana to be in excess of 122,000 pounds involving 204,000 qualified patients as of mid-year.

Interestingly, medical consumption in Arizona is pretty evenly split, with 45 percent of cardholders under the age of 40 and 47 percent ranging between ages 41-69. More than 2,000 of the state cardholders are octogenarians.

A recent NCV Newswire report indicated monthly sales for Arizona's medical dispensaries had topped the $60 million mark, a jump from the previous month of 8 percent. Flower represents the biggest percentage of that number with concentrates, ingestables (edibles, sub-linguals, etc.) and pre-rolls making up the rest.

And while momentum continues to pick up, so too does regulatory enforcement via Senate Bill 1494, requiring dispensaries to "test marijuana and marijuana products for medical use to determine unsafe levels of microbial contamination, pesticides, herbicides, fungicides, heavy metals, growth regulators and residual solvents to confirm the potency of the marijuana being dispensed."

Signed into law by Gov. Doug Ducey in June, the testing protocol is intended to go into effect by November of next year. In the interim, the Department of Health Services and a 12-member advisory council have begun work on designing a program to achieve the desired level of regulation. Their recommendations will be submitted to the governor by year-end and will cover a lot of items ranging from product potency standards to what to do when a product fails to measure up to those standards.

With about a dozen testing laboratories already in existence in the state, that number is expected to expand quickly over the ensuing months as dispensaries prepare for testing compliance.

Speaking of stats, a new milestone in the emergent cannabis industry occured with the first patented hemp plant variety: Charlotte's Web, or CW2A. It's a plant capable of producing 6.24 percent CBD content with a .27 percent THC level, a hemp cultivar approved in July and the first hemp plant variety patent issued by the feds.

Not only does it hold the distinction of being first, it's being lauded as a major industry problem solver where 'hot' crops are involved. Crops testing above the .3% THC limit must be destroyed according to most state statutes, so identifying hemp varieties that don't exceed that threshold at crop cut time helps it jump to the head of the class as clone stock becomes an integral factor for growers.

And yet another first indicative of the fact that the overall industry continues to morph into a giant: In a landmark vote, the U.S. House of Representatives has approved cannabis banking reform, i.e., the SAFE Banking Act that will provide safe harbor for banks and lenders to work with state-legal cannabis businesses.