Lawsuit filed against Campaign to Regulate Marijuana Like Alcohol 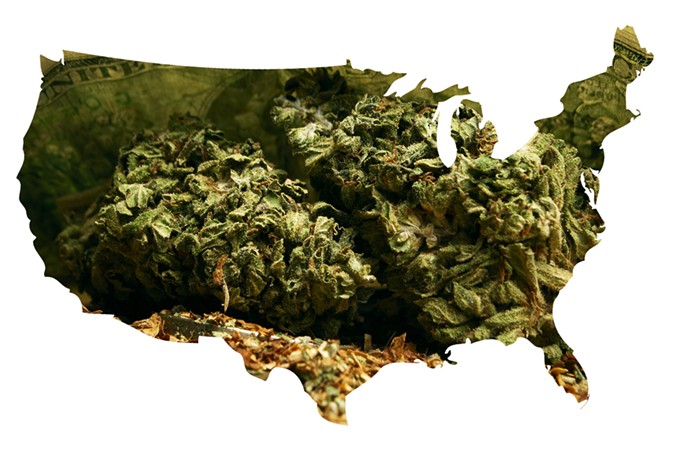 Opponents of a ballot initiative that seeks to ask voters to legalize recreational marijuana for adults filed a lawsuit on July 11 to keep the measure off the November ballot, citing that the would-be law misleads voters in its petition summaries concerning how many of Arizona's laws it would affect.

The lawsuit mainly takes issue with a number of Arizona laws that would be affected with its passage, stating "the Initiative's operative provisions embrace far too many subjects than allowed for a single ballot initiative."

The Campaign to Regulate Marijuana Like Alcohol initiative, if passed, would allow people over the age of 21 to use and possess marijuana bought from dispensaries, while maintaining the illegality of use by minors and driving under the effects of marijuana.

According to Barrett Marson, communications director for the campaign, there is no "limit to changing the law for an initiative."

The campaign's chair, JP Holyoak, said that opponents of the initiative "have demonstrated that they are willing to do and say just about anything to maintain the failed policy of marijuana prohibition. This lawsuit is simply a desperate attempt to deprive Arizona voters of the right to vote on this ballot question."

Two of the major opponents of the initiative are Maricopa County Attorney Bill Montgomery and Yavapai County Attorney Sheila Polk, both of whom have been critical of recreational legalization in the past.

Montgomery spoke out about marijuana legalization during a debate on the matter in March 2015, defending his anti-legalization perspective from a religious standpoint.

Polk is the vice chair of Arizonans for Responsible Drug Policy, which has maintained an anti-legalization stance during the discussion of legalization in Arizona began.

"I am opposed to the legalization of recreational marijuana generally and very much opposed to this particular law," she said. "If you look at what's happening in Colorado...what you see is a whole host of negative consequences."

Polk referred to issues in Colorado of public health, teen use and increased law enforcement needs referring to a study by the Rocky Mountain High Intensity Drug Trafficking Area.

The study demonstrates an increase in ER visits among users and an above-average rate of use amongst teenagers when compared to other states, though several reports find that teen use has either stagnated or decreased.

But Holyoke said Polk was overstating the dangers of marijuana use, especially compared to the legal penalties users face under the current laws.

"Our opponents are going to great lengths to continue punishing adults for using a substance that is less harmful than alcohol," Holyoak said.

When it comes to the measure to legalize in Arizona, she says the initiative's 20 pages is longer than other states' initiatives, which leads to complications in explaining to voters what the law would actually do.

"There's no cap on the amount of pages that an initiative can be," Marson said.

The challenge arises in outlining the law for the petition summary on the forms signed by eligible voters to get the initiative on the ballot.

The law allows 100 words for the summary of the initiative.

"Obviously not every bullet point is going to be on there," Marson said. "If they have an issue with that, then they should change state law."

Another of the plaintiffs is the Arizona Chamber of Commerce. According to the lawsuit, "the business community is greatly concerned about the...consequences of the initiative...due to the many direct and indirect negative impacts in the workplace."

The lawsuit claims that the ballot initiative doesn't specify how marijuana would be handled in the workplace, as it simply allows employers to restrict marijuana use. Colorado's law specifically allows businesses to ban marijuana use among their employees.

The initiative would also give preferential treatment to dispensaries that are already established, making it difficult for new businesses to break into the market.

Other issues cited in the lawsuit include the measure's effect on drug testing for the Cash Assistance Program, landlords' ability to evict tenants for marijuana use, child custody laws, DUID laws and local governments' authority over marijuana commerce, all of which are addressed in the initiative but not to an extent satisfactory of the plaintiffs.

The lawsuit also claims the initiative misleads voters in its omission addressing use by members of the military, inconsistency in how much marijuana someone could possess at once and that it doesn't actually regulate marijuana like alcohol, due to the inherent differences of the two substances.

The initiative states that users may possess one ounce or less of marijuana and can keep six plants in their home in addition to the marijuana they yield. Typical marijuana plants yield more than one ounce each.

Finally, the lawsuit says the initiative fails to fund itself as required under Arizona law by using money from the Medical Marijuana Fund under the DHS.

An initial hearing to show cause was set for July 19.

"It's frivolous," Marson said. "The whole lawsuit is frivolous."