Hamilton Distillers becomes one of a few distilleries in the U.S. to malt barley on site 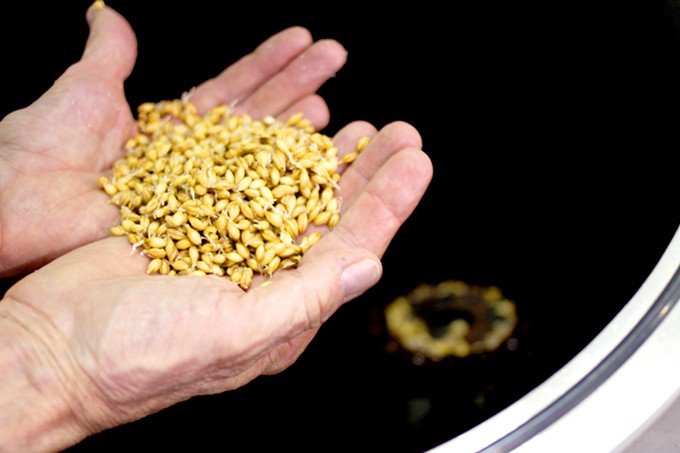 Heather Hoch
Now with a fully operational malthouse in tow, Hamilton Distillers is ready for the big leagues.

Hamilton Distillers is one of just a handful of distilleries in this country that malts their own barley. Other than scarcity, it might not immediately be clear why that's so special or important. What exactly does a combination malthouse and distillery mean? Well, for owner Stephen Paul it means one thing first and foremost: control.

While the distillery was always malting barley for the aged and unaged mesquite smoked Whiskey del Bac varieties, the small-scale floor malting process had them limited to 70-pound batches. Now, the distillery has begun using a massive prototype tank system, which, when everything is dialed in, will allow Paul and head distiller Nathan Thompson Avelino to make 5,000-pound batches of malt at a time.

Paul says that as far as he knows, Hamilton is the only malthouse in the state, joining only about six other distilleries in the country that currently have that capability, including, more famously, Leopold Bros. in Colorado and Rogue's massive farm, malthouse, distillery and brewery system in Oregon.

However, going from the comparatively tiny malting operation to this large-scale production wasn't without its growing pains.

About one week after the new two-tank system was fully installed at Hamilton Distillers, which is located in a warehouse just west of the I-10 near Grant Road, Thompson Avelino and Paul had malted four batches. The first, according to Paul, was a disaster in that the barley didn't malt, the second was phenomenal, the third was good and the fourth was in process.

There are a lot of factors and a lot that can go wrong while malting. Massive bags of barley are loaded into a silo, which connects to tubes that send it to the steeping tank. 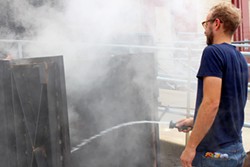 There, water temperature is key. From the steeping tank, another system of tubes sends the steeped barley to the germination tank. The germination process essentially mimics what happens to barley as it tries to grow in the ground, so ambient humidity and temperature inside the tank are also important here.

"We're kind of farming in an odd way," Paul says.

Once the barley has germinated and roots begin to crack out of the barley, the tank turns into a kilning tank, where the wet barley is dried for the first two days using mesquite smoke that's carried in via duct from the outside smoker. The second two kilning days dry the barley completely without any added smoke, and, once it's dry, it's sent to holding tanks inside the facility where it's ready to ferment and become mash. After all of that, distilling can begin. 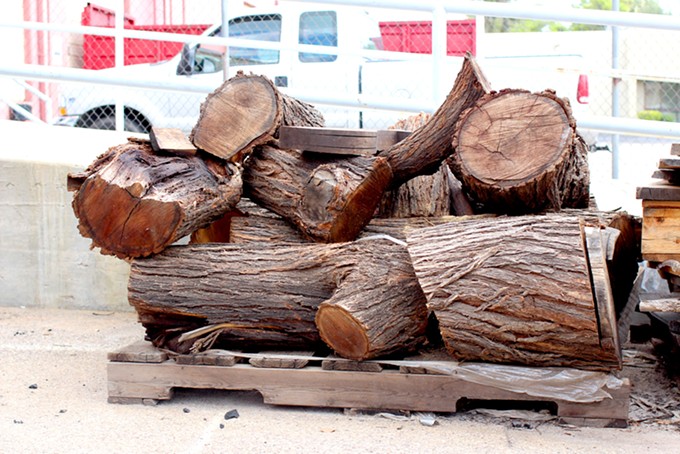 "It's not like it was at first where I would lay awake at night and not know," Paul says, "I'm not as worried now."

In fact, that second highly successful batch proved to both men that they're capable of creating a superior malt on the new system. For their purposes, that means getting enough starch in the germinating process, which later is converted to sugar via a heat-sensitive enzyme and fed to yeast to create alcohol.

While it's more common to have separate steeping, germination and kilning tanks for the malting process, the distillery's one-of-a-kind two-tank system from Global Stainless Systems in Oregon does allow for one less step, which means one less occasion where something could potentially go awry. Still, with more automation and larger batches, Thompson Avelino says the product has more of a personal touch.

"It feels more handmade than ever just because there are so many variables now," he says. "Intuition is still a huge factor. It does allow for more control, but it's not easier."

Heather Hoch
The first aged and smoked whiskey made on the new malting system will be available in about six months.

That control both men talk about comes down to, what they refer to as, "maximizing the efficiency of the grain." This, along with the much larger batches they can produce both in the malting and distilling processes now, means Hamilton Distillers is getting ready for the big leagues--i.e. the national market.

"There's going to be a learning curve for a while but I think it will make everything better," Paul says.

Ramping up production has had the distillery looking to the community for help. Special bottling day events allow volunteers to see the distillery in action, while helping get the spirit into its proper packaging. Paul says volunteers, which are notified via Facebook, Instagram or online newsletter, also get lunch and their own bottle to take home. 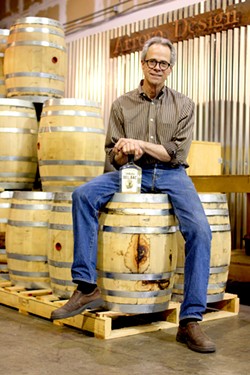 The first distillates made from the new malting system are out now in the unaged, smoked variety. Five barrels of the aged, smoked variety were set aside on Aug. 28 and will age for another six months before they're ready for bottling. While that whiskey was made using two-row scarlett barley from Colorado, Paul has been working closely with BKW Farms in Marana, which is already known for growing heritage grains, to grow 40 acres of two-row conlon barley locally for their whiskeys. Paul estimates that the distillery could switch to all local barley within the next couple months.

Creating a hyper-local spirit from start to finish is no easy task, but Paul says it'll be well worth it.

"The jury's still out but I think everything's been getting better. We've been refining the mash bill, which is like our recipe, and now we just have more control over everything," Paul says.

In terms of flavor, he says the future of the already award-winning Whiskey del Bac is bright.