Serraglio Was Not the Only One to Encounter Voter-ID Problems

I'm reading Randy Serraglio's column in reference to his voting "adventure" (Nov. 22). It was like a mirror image of my poll experience on Nov. 6.

I produced the exact ID Randy submitted (a voter-registration card and official voting/election mail, with current addresses on both pieces).

The young lady to whom I submitted the ID said, "I have to see a picture ID." I said, "No, you don't. I have two IDs from 'list 2,' and that is sufficient." She still insisted I needed a current photo ID and referred me to another poll-worker who said they were "asking people for photo IDs."

Finally, I was referred to a third poll-worker. He agreed I had proper ID to be issued a regular ballot (as opposed to a provisional ballot).

In case you're wondering, I've lived in the same apartment for 10 years, and my registration has never lapsed. I live on the eastside of town and have been registered since 1984.

I don't think it is asking too much that poll-workers know what is acceptable ID.

Comments From Readers at TucsonWeekly.com

Nicotine addicts, like any other addict, are prisoners of their own making. Their disgusting habit goes far beyond their prolific littering, hacking in the quiet of the morning while smoking the first cigarette, and that annoying ritual of pounding a pack of cigarettes once handed to them over the counter. There is simply no sympathy for smokers. You'll get the peace of your own making ... eventually.

Smoking Warnings Snuffed Out by Judge: No Dead People on Cigarette Packs 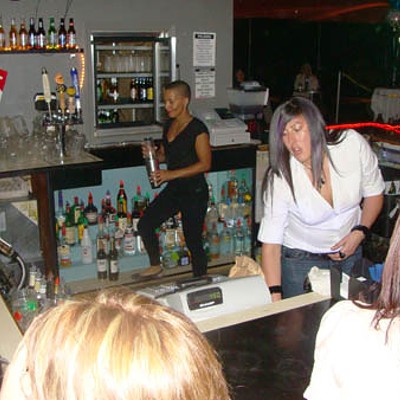