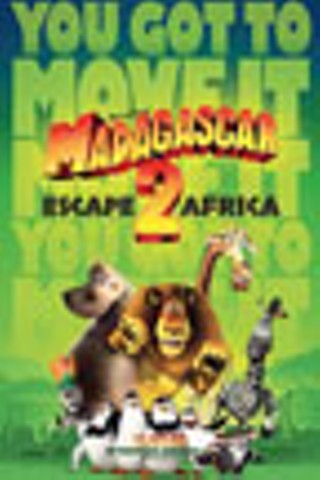 The Hollywood CGI machine has spit out yet another so-so animated product that has raked in large quantities of cash while anesthetizing at least three-quarters of its audience. This time out, the Central Park Zoo animals take a trip from Madagascar to Africa in this aptly titled sequel. What we have here is a weak and mundane follow-up to the 2005 original (that wasn’t all that great itself). All of the starring voices return (including Ben Stiller and Chris Rock), as do the spunky penguins. Unfortunately, some of the new characters are completely uninteresting and bland. There’s a cute prelude where we see Stiller’s character as a child playing with his dad (voiced by the late Bernie Mac) in Africa. They should’ve made the whole movie about that.
By Bob Grimm

Madagascar: Escape 2 Africa is not showing in any theaters in the area.