Lunar Lager: Crooked Tooth Brews Up Something Spiritual When the Full Moon Comes Out The downtown brewery has been crafting some special sours for nearly three years.

Sours have become something of a specialty for Crooked Tooth, which has a large Sonoran Sour Series available in house. It’s an area where they don’t see too much competition.

Thanks to their barrel aging program, these sours can be produced with fresh local ingredients to create what Crooked Tooth manager Danielle Blackwell calls “wild flavors.”

Crooked Tooth will be featuring a list of sours, including a blackberry cardamom sour called Crime in the City, a barrel-aged jamaica with coconut and hibiscus, and a barrel-aged passionfruit sour with Presta Coffee’s roasted passionfruit beans. They will also be re-releasing Cloud People, a tamarind brown sour and Tucson favorite.

Houghton said the partnership with Presta was only natural because the Crooked Tooth crew are big fans of the coffee shop.

“That’s like generally the stop before you head to work in the morning,” he says. “You swing by Presta.”

Crooked Tooth is also collaborating with Pueblo Vida for beer week with a joint tart IPA set to be released on Feb. 17, the first day of Beer Week.

“They’re great people over there, they make really good beer, so it’s really fun to see that two breweries can come together,” said Houghton. The brewery will also feature Cheat Codes, a double dry hot hazy IPA, and release Snow Moon, a spruce-tip red ale with hints of pine and malty notes, a day before beer week as a part of their Full Moon Beer Week Series. Every full moon, Crooked Tooth brews a new beer and releases a new beer, a ritual they’ve practiced since their opening in 2016. On the morning of the full moon, the staff comes in early to perform a ceremony before brewing the beer. Each full moon beer is paired with a stone that’s infused with the spiritual energy of the full moon before being infused into the beer itself. Blackwell calls it “an intentional offering for the community.”

Full moon rituals are performed to honor the process of brewing beer a thousand years ago, which was by women in small villages who would use local herbs and positive energy to produce beer with medicinal properties.

Beertender Megan Freeman, who sees beer as medicine, called Crooked Tooth a “portal for spirituality and the good things that happen. There is spirituality and camaraderie found within sharing a beer with someone.” 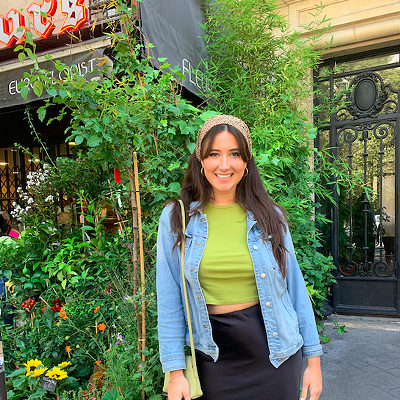