Rep. Friese introduces a bill to legalize cannabis to maintain control of the budding industry 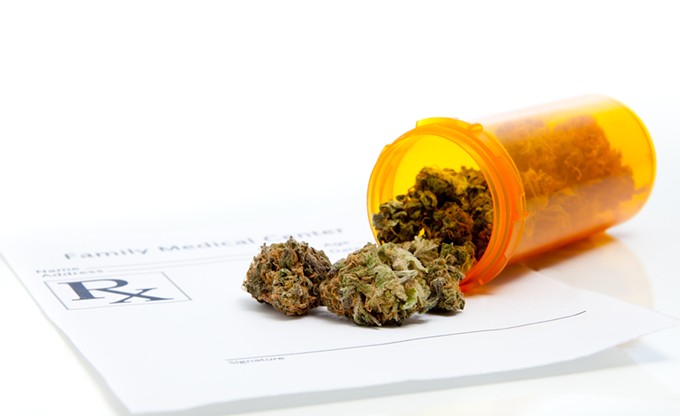 Tucson Rep. Randy Friese (D) introduced HB2657 to legalize cannabis with some inspiration from the initiative making its way toward the ballot later this year.

House Speaker Russell Bowers has assigned the bill to three committees, which is a sign of opposition given bills typically only see one or two committees in addition to the rules committee.

"Oh, there's a lot of resistance," Friese said. "I was surprised when Speaker Bowers actually assigned the bill at all. It's very clear he's in opposition to this idea."

But the fact the bill was assigned this early at least keeps it afloat even with little chance of it ultimately passing.

Like the Smart and Safe Arizona Act, the bill would legalize up to one ounce of cannabis and five grams of concentrate and expunge prior cannabis arrests and convictions. But there are some major differences that could leave consumers wanting.

"I felt we should probably design this in a way such that we enter the space quite cautiously and thoughtfully with some restrictions," Friese said.

The biggest difference is that it would wrest control of the industry away from the current medical cannabis program Arizona has built over the last near decade. The bill would place control of the new adult-use program under the Department of Liquor Licenses and Control.

This isn't a wholly unusual suggestion as several states like Oregon and Washington have taken similar approach under the philosophy of treating cannabis like alcohol. However, Friese's bill would actually allow liquor stores to sell cannabis inside the store.

The idea, he said, is to maintain a clear distinction between medical cannabis and adult-use cannabis, preserving the importance of medicine for patients. Again, this is similar to how Oregon has blended its medical and adult-use programs.

The bill would set up a state "marijuana" board responsible for the administration of the program. The governor would appoint seven members, only one of whom with financial interest in the industry and one belonging to a neighborhood association.

Another major difference is that Friese's bill would not allow the public to cultivate cannabis. His major concern is for people who feel "uncomfortable" with cannabis legalization—certainly a bigger issue in state legislature than in the general public where majority rules.

Friese's bill would create three types of licenses modeled on the structure of the liquor industry: cultivation, wholesale and retail. Each business would only be allowed to hold one type of license. Though Friese cited the "rapid growth" of adult-use cannabis in other legal states as a reason for not allowing personal cultivation, his bill would allow for an eventual 500 retail licenses awarded incrementally over several years—a big jump over the initiative's 20 new licenses.

Wholesale licenses would be limited to 10 percent of retail licenses, but that would still make Arizona the state with the second most dispensaries per capita of any state in the U.S. behind Colorado.

A secondary reason for not allowing personal growth, he said, is to limit the amount of black-market cannabis that could potentially be grown under adult-use cannabis.

One of the least palatable differences to appease opponents of legalization is that employers would still be allowed to discriminate against cannabis consumers, using drug tests as a reason not to hire someone. That treats cannabis very unlike alcohol.

The most significant difference has nothing to do with the language of either the bill or the initiative, but with the way either law may pass.

Thanks to the Arizona Voter Protection Act of 1998, ballot initiatives hold a revered status in Arizona politics. They can't be repealed by lawmakers and any changes in laws passed by the people require a three-fourths vote in legislature and only then if it's in the spirit of the law.

It's one of Arizona's best qualities.

State leadership started paying more attention to cannabis last year during the concentrates case in the Supreme Court. It became clear to many high-level officials, such as Attorney General Mark Brnovich and Gov. Doug Ducey, that Arizonans meant to legalize cannabis soon.

Legalizing recreational use through the Legislature would ensure control of the law remains in the hands of state government, where an initiative would decidedly not.

"I was hopeful that with the pressure of a majority of people wanting this and the initiative on the horizon this legislature would be able to take its head out of the sand, take the blinders off and say let's be rational and deal with this statutorily," Friese said.

Should Friese's law and the initiative both pass, he said it'd be a matter left to the courts to decide, likely with a ruling in the favor of the voter initiative.