Local Albums of the Year

By Jeff Gardner and Xavier Otero

The albums Tucsonans released this year are as diverse and wild as the Sonoran desert itself. We heard some fantastic debuts, but also some long-awaited additions to already storied careers. Yes, the classic borderlands folk rock trumpeted out from many directions, but quite a few surprise genres sneaked in as well. Here they are, the best albums to come from the Old Pueblo in 2018, in no particular order: 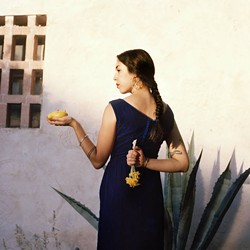 With a doe-like spirit and a keen eye set on self-examination, from New York City to the backroads of America, chronicling stories of both deep loss and contentment, June West's self-titled debut album is a reflecting pool of her life. Drawing influence equally from the present day (artists like Natalie Prass and Angel Olsen) and the past (godmothers Joni Mitchell and Rickie Lee Jones), West is a practitioner in flux. Upon entrance, delicate and dreamlike, partially hidden from view, June West is an album that reveals its secret gardens with each listen. 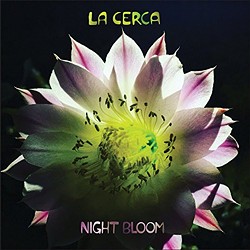 Featuring a distinct shift from their previous works, Night Bloom finds La Cerca moving in a darker, rawer and more spacious direction. With winding guitar passages, waves of distortion and impressionistic playing, Andrew Gardner and company recorded a series of killer nocturnes here. At points, La Cerca completely steps away from traditional rock structures, and instead ventures into the realms of shoegaze, space rock and psychedelia. If you're looking for one local album this year rich in gorgeous and dark textures, this is the one.

The keyboards shimmer and reverberate. His vocal style emotive—reminiscent of Musiq Soulchild and Usher. His funky/scratchy guitar riffs are pure Nile Rodgers. And the backbeats, on this piece of R&B/Euro pop ear candy, wicked. The Church Electric is designed for the dance floor. Every track of this EP contains the requisite pop hooks and modern production aesthetic to find itself on a contemporary hit radio playlist. Possessing a certain je ne sais quoi—he has been fawned over by many publications—Seanloui is atypical. Far more than his pop posterboy image, he is a versatile songwriter and multi-instrumentalist.

I Got The Hots For Charlie Watts

Released on the über-hip Burger Records, The Exbats' I Got The Hots For Charlie Watts teeters between bubblegum pop hooks and slashing garage rock riffage. Named after rescued ex-battery hens, these Bisbee darlings' infectious sound is a curious amalgam. Guitarist Kenny McClain weaned singer/drummer Inez on a calorie-rich diet of Beatles, Stones and Monkees. Like Buddhist monks questing to attain equilibrium—not in the light of fads and foibles but in finding new applications of the rules—this father/daughter duo created a fiendishly rad rock 'n' roll album so pure, hooky and sweet if you could chew it like bubblegum it would surely stick to your dental crowns.

File under: Most likely to have you stomping barefoot in the wild dirt. This album plays out just as much as a diary as it does an album, filled with passing thoughts, observations, reminiscences. Multi-instrumentalist Rebekah Rolland's debut album is as stuffed full of passion and poetry as it is with novel songwriting ideas. Starting with a bluegrass template, the desert songstress adds intricate layers of strings and vocals to create folk tales that demand your attention. The pastoral stories she weaves conjure images of forest walks and nocturnal conversations on the porch. The Americana instrumentation is lush and rustic, but listening to a track like "Bury Me Not on the Lone Prairie" proves Rolland's voice can certainly hold its own. 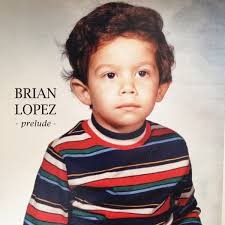 Taking a decidedly minimalistic approach, Prelude stands in opposition to the large-scale studio production of his previous albums: Static Noise and Ultra. Using only a nylon string guitar, micro-synth, upright piano and one condenser microphone, he allowed himself no more than two takes at each track. Filled with glitches and sonic abstractions, like the movement of fluttering butterfly wings that a camera shutter cannot quite capture, the effect is disquieting. The timbre in Lopez's voice is like a child reciting prayers before bed to an unseen god to "take his blessed soul." Nightmare or a lullaby? One is never quite sure. 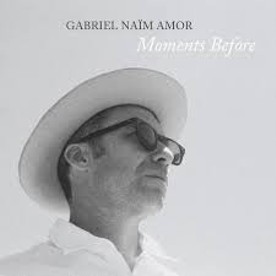 The ether floats in, suddenly warping into haughty strings, urban rhythms, then fades away again. This ambient/jazz release from Parisian-gone-Tucson-local is the latest in a storied career. It doesn't play like a youngster delivering his opus, it plays more like a master reminding you of what he's capable of—but a crowning achievement it may still be. The light strings drift in and out alongside looped guitar and upright bass. Perfect for close listening during meditation or having on in the background while doing housework on a rainy morning. Either way, Moments Before will add passion and introspection to anything its soundwaves color.

Billy Sedlmayr doesn't have to pretend. He doesn't have to pretend when his voice cracks while telling some ragged story and he doesn't have to pretend when he strings his songs together like only a lifelong singer can. Throughout Harlem River Drive, Sedlmayr reminisces on his father's house, examines the person he's become, wishes for better, apologizes. He possesses a special ability to weave the literal and the poetic, the dark and the light: "Smear my face with charcoal / Tie me off into the night / Somewhere where the sleep don't end / And everything's alright." How lucky Tucson is that such a powerful songwriter has such powerful songs to tell.

Possibly the most expansive local release this year, Desert Sounds captures the landscape, biology, history and culture of Arizona in an hour's worth of music. Whether it's field recordings, gothic country, folk pop or desert rock, Acosta's newest release works like a travelogue for your ears. The song styles and structures are diverse, but the instrumentation and color palette is something entirely different: mariachi brass, acoustic guitar, flute, violin and more. Whereas many musicians celebrate the sights and sounds of the Sonoran desert, not many do it so effectively and wholly as Acosta. 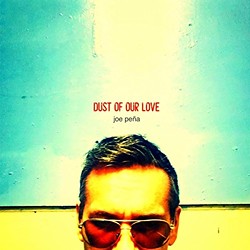 Dust of Our Love

Joe Peña's debut release is far from his first foray into music, and it shows. The vocalist and guitarist for Greyhound Soul has long worked in the Tucson music scene, and the darkly romantic Dust of Our Love captures everything loveable about the Tucson scene and far more. The dusty strings and squalid tales are there, but so are epically brooding compositions and smoky vocals. Dust of Our Love certainly works in the desert style, but instead of orange Sonoran sunsets, it seems more comfortable behind curtained walls. 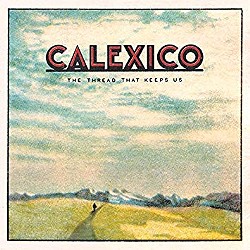 The Thread That Keeps Us

Capturing the angst of living in tumultuous times—divisive border politics, the plight of the immigrant, familial displacement and environmental calamity—on their latest LP, The Thread That Keeps Us, Calexico worked with longtime engineer Craig Schumacher to create an aesthetic that is at once earthy and folk-based, yet spiked with multibursts of sonic distortion. "There's a little more chaos and noise in the mix than what we've done in the past," commented Joey Burns. Creating a duality, to powerful effect, of both expansive dreamscape and self-contained nightmare.